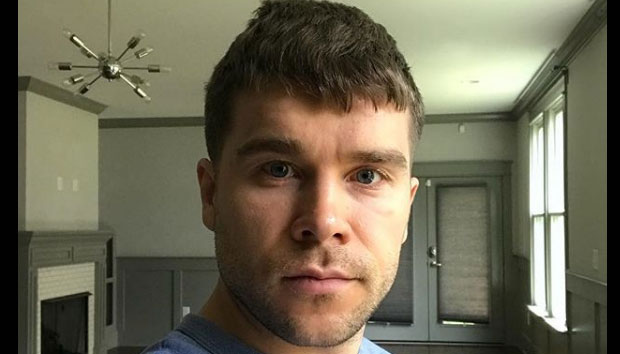 Tyler Stephen Cassidy is an American comedian and rapper. He was born in 1990, but date of his birth was never revealed to the public. Tyler is better known as Krispy Kreme which he later changed into Froggy Fresh. He became famous after releasing a song “The Baddest” on You Tube. The video was viewed more than 11 million times.  Today, Tayler has over 600 000 subscribers and more than 90 million views of his videos in total.

His partner in crime is his best friend known on You Tube as Money Maker Mike. Neither Tyler nor Mike have ever reveled any additional information about Mike, except that his real name is James. He attracts a lot of attention because of Mac Miller’s shirt that he wears in every single video and because he never speaks except when he raps. Both of them seem to be attracting a lot of attention, sometimes getting positive reviews, and sometimes being criticized for their unusual work.

Tyler has always been very private when it comes to his family life. He doesn’t like to share anything and people are not even sure when he was born. Some sources suggest his birth year is 1989 while some claim it is 1990. The only information about his childhood that can be found is that his parents are Bradley and Renee Cassidy. We also know that he went to Bendle High School in Burton, Michigan.

In his videos, Tyler said a few times that he had a happy childhood and that his family was always supportive of him.

Froggy Fresh became famous after he released a single “The Baddest” on his You Tube channel on April 20th, 2012. He released a music video for the song the same day. Even though it caught attention of many people, the song went viral next month after Ray William Johnson promoted it on his channel Equals Three.

“The Baddest” was written and produced by Froggy himself. It was his first song and the first single for his debut album Money Maker (Re-Loaded). It had been seen by 11 million people but Tyler had to remove it from You Tube because of legal issues.

Later on, it appeared on websites like The Huffington Post and CBS, and the edited version was re-uploaded to Froggy’s channel on February 15th, 2013.

Tyler was criticized for his rapping skills and bad lyrics which earned him a nickname “Rebecca Black of rapping”. In addition, his song was 10th on the list of the most embarrassing hip hop moments by CraveOnline.

Just a few days later Froggy released his third single called “Best Friends”. That one had a serious tone to it, talking about his relationship with his best friend James, better known as Money Maker Mike in his videos. The music video went viral. It was viewed by more than 6 million people by the end of 2013.

In 2012, Froggy released singles “Girl Work It”, “Stolen Bikes”, “Coolest Guys”, “The Fight”,” Denzel Washington”, “Me and Daniel Tosh” and “Halloween”. All of them were singles from his debut album Money Maker, and all of them went viral.  He released his last single form the album on November 21st titled “Christmas”.

Froggy Fresh was previously known as Krispy Kreme. He gave himself that name to attract attention on You Tube and in the media. Krispy was just a funny character that Tyler created to express himself. On December 3rd 2012 Krispy announced on his channel that he was going to change his name due to legal issues with Krispy Kreme Doughnut Company.

He wanted his audience to choose another name for him, so he gave them a few ideas, some of them being: Froggy Fresh, Candy Cane, Jelly Bean and White Chocolate. On December 18th he officially changed his name after his audience had chosen Froggy Fresh to be his new alias.

Froggy then changed his name in all of his videos, taking them down for a while and then re-uploading them.

The same year, Froggy Fresh released his debut album Money Maker (Reloaded). It was available on ITunes and it consisted of his old songs already released on his You Tube channel, along with some new ones.

On January 9th, 2013, Froggy released a music video for his song “Same Old Kid”. It was the first song under his new name and it got amazing reviews. People appreciated his efforts. Celebrities like John Cena and Mac Miller talked about the rapper positively. Money Maker became number 3 on Billboard’s Comedy Album chart.

After taking a short break, Froggy revealed that he was working on a new album. Prior to that he released a new single called “Dunken On” which was a great success. Rapper also stated that the new album was expected to be released in the summer of 2014 and that his audience should expect new videos on his channel.

Tyler’s second album named Dream Team was released on October 2014. It was composed of 12 songs. “Dunken On”, “Stolen Bikes 2” and “Street Rangers” were released as singles. Other more familiar songs from the album are “Fun Trip”, “Push Me”, “Halloween II” and their remixes.
After Dream Team was released, Tyler focused on making music videos for some of the songs from the album.

Shortly after, he released other songs like “Nightmare on My Street”, “Zombie in my Basement”, “Good Guy Shoes” and “Stolen Bikes 3”. All of the songs had dark themed music videos that followed them and they were all sequels to his previous singles from his two albums.

Five months after releasing his last song, “Stolen Bikes 3”, Tyler announced to his audience that new videos would not be out before summer of 2017, when he would start publishing new videos.

Froggy also explained that the project called Escape from Hood Mountain would probably be his last work because he and his friends had grown up, so You Tube became boring to them. He explained his plans more closely in a video, on February 21st, 2017 when he stated that he wanted to become a comedy actor. That video was later taken down.

After the video, Froggy Fresh announced that he was going on a tour with DJ Justin Aswell. The tour lasted until October 2017, in the United States. The main guest was Money Maker Mike.

On February 15th 2018, Tyler released his third album under his real name. Album was released for fans to download for free, containing only eight songs.

His net worth is estimated to be around 10 thousand dollars. Besides earnings from his channel, Tyler has a merch store where he sells clothes.