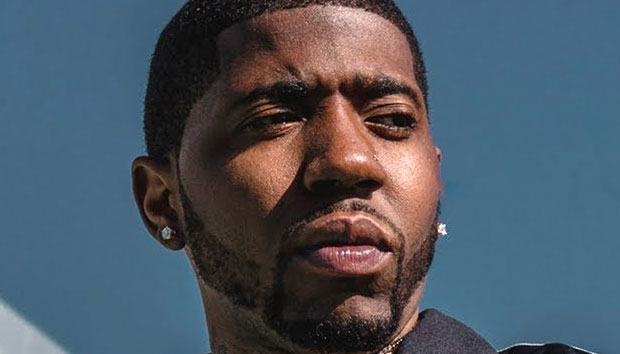 Rayshawn Lamar Bennett is an American recording artist, lyricist and rapper. He was born on 16 February 1991, in Atlanta, Georgia. He is better known under his stage name YFN Lucci. This rapper started his career when he was only sixteen years old.

Just a year later, he met and befriended Johnny Cinco, who offered him to be a guest artist in two songs, for his John Popi mix. The very same year, 2014,  he signed a record deal with Think It’s a Game Entertainment.

With his new label, he released his first mixtape called Wish Me Well. The project was a success, so YFN continued working and released Wish Me Well 2, in 2016. “Key to the Streets” was a song that stood out, so many critics and fans connect that project with his rise in the music industry and growth in his popularity. In this project, he worked with big names like Migos, Plies and Johnny Cinco.

In 2018, he appeared as a guest in a song called “Street Kings” by Meek Mill. After that, he released his second EP Freda’s Son and started working on his first official album.
The album was published on March, 2018. It was titled Ray Ray from Summerhill. It was YNF’s biggest success, since it peaked at number 14 on Billboard 200 chart.

YNF was born on 16 February, 1991, in Atlanta, Georgia. His birth name is Rayshaw Lamar Bennett. He grew up in the Summer Hill neighborhood and attended Southside High School. Bennett’s family migrated from Jamaica to the United States before he was born. He was raised by a single mother who worked part time jobs so she could provide food for YNF and his older brother.

His brother, Jameele Asmar, is a rapper, as well. His stage name is YNF K or just K. YNF loved music since he was a child. He would listen to Lil Wayne, Tupac Shakur, T.I., Young Jeezy and some artists from the R&B scene, like Ashanti and JA Rule. Even today he likes to blend different styles.

Before taking his career seriously, he would record himself with a small tape recorder that his mom bought him. He would imitate his older brother or big rappers like Tupac. Just one year later, he recorded music in a real studio, which continued in his teenage years, as well.

His signature style of rapping that involved street rap verses and stretches of singing made him famous in his native town, but he reached true success when Johnny Cinco discovered him. While he was in high school he played football. After school he was engaged in some criminal activities which resulted in his mother and her friend being shot. Their house was also broken into more than once, so he had to move his mother somewhere safer.

Lucci has always been interested in rapping and even though he was famous in his hometown, nothing serious happened with his career. In 2014, he met a rapper Johnny Cinco who decided to become his mentor. Cinco helped him develop his style and taught him how to approach the music industry.

After YNF was featured in two songs from Cinco’s mixtape John Popi, a CEO of Think It’s a Game Entertainment, Fly, decided to sign him. On 16 December, 2014, YNF released his first mixtape called Wish Me Well. Songs like „Made for It” featuring Backpack, “I Wonder Why” featuring Skooly and “No Better” were memorable, but none of them gained any greater success.

Even though the mixtape was not extremely successful, it gained over one million views at Live Mixtapes. YFN then decided to go on a six month tour in the U.S. When he came back, he started recording at the studio once again and produced a new mixtape called Wish Me Well 2 (Unstoppable). It was released on 16 February 2016, containing a single “Key to the Streets” that gained tremendous success.

Due to his success, YFN was in the second position of Billboard’s trending New Artist chart and on Spotify’s Rap Caviar playlist. His lead single, “Key to the Streets” peaked on number 70 on Billboard Hot 100 chart. It was also number one on Urban Radio National chart.

His single was featured in 50 Best Hip-Hop Songs of 2016 by XXL Magazine. It was also placed on a list by Vibe magazine called The 60 Best Songs of 2016. YFN was featured on the cover of Hidden Hip-Hop Gems of Summer 16, by the Rolling Out magazine.

Lucci was also featured in the Billboard’s magazine in December 2016 under 10 Hip-Hop and R&B Artists to Watch in 2017 category.  Thanks to his success, 2017 was a year full of projects for YFN. He was a guest in Meek Mill’s song “You Know”, which gained him even more recognition, so it was included in his DC4 mixtape. Prior to that, he worked with Kayla Brianna on her single “Work for It” and Bankroll Fresh’s song “Dirty Game (Remx)”. The same month he provided vocals for TK Kravitz’s song “No Mind” for which he shot a music video as well. On September 2016, he was featured in Lil Durk’s song called “Rich Forever”.

On 3 April 2017, YFN released his EP called Long Live Nut. That project was also successful since the EP reached number 27 on the Billborad 200 chart. It contained nine songs, having rappers like Rick Ross, Dreezy, Lil Durk and Boosie Badazz as guest artists. One of the biggest hits from the project was a song called “Everyday We Lit”. It featured PnB Rock and it reached number 33 on Billboard Hot 100 chart.
The EP also reached 16th position on Top R&B and Hip Hop Albums chart and 12th position on Top Rap Albums list.

The lead single from the project was certified gold. It gained a lot of recognition after it reached number 12 on the US Hot R&B and Hip Hop Songs chart and number 4 on Billboard Rhythmic chart.

On 9 March, 2018, he released his first studio album called Ray Ray from Summerhill. For this album he collaborated with Rick Ross, Wale, Offset, Meek Mill and the rappers he already worked with on his previous projects.

YFN Lucci is participating in Sean John’s spring 2018 campaign. He is using social media actively. He has more than 2.5 million followers on Instagram and over one million subscribers on his You Tube channel. His net worth is estimated to be around six million dollars. His name YFN stands for Young Fly Nigga.

YNF is very private when it comes to his personal life. It is know that he has two children, daughter Liberty and  son Justice who often perform with him on his concerts or radio shows. The mother of the children is not known to the public. The rapper is not married. He was involved in a controversy after he posted some twits about his relationship with Young Thug’s girlfriend Jerrika Karla.