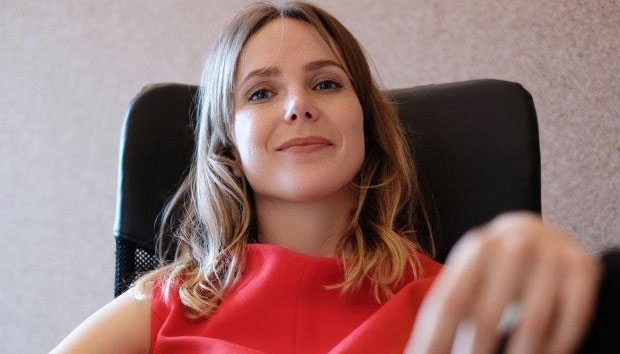 Jessica Tarlov is an American TV star and political consultant. She was born on March 9th 1984 in New York. She started her career by working as a project manager at Merrill Lynch, but her big career break was a job at Douglas Schoen as a Democratic strategist in New York, which is how she earned recognition, appearing on many popular networks.

Jessica’s family is also known to the public eye. Her father is Mark Tarlov, the popular producer who used to be the speech writer for Supreme Court Chief Justice Warren Burger. He directed two movies, one of which was based on his wife’s novel, but he also produced many other movies. Jessica’s mother is Judith Roberts, a screen writer and producer, but also a wine manufacturer. She is the author of the novel ‘’Simply Irresistible’’ that later became a movie.

Mark and Judith, besides Jessica, are parents of another star named Molly. Molly Tarlov is Jessica’s younger sister, famous for her roles in ‘’Awkward’’, ‘’G.B.F’’ and ‘’Everlasting’’. She has also played a girl named Molly in her mother’s work ‘’Simply Irresistible’’.

While she was staying in London she started growing an interest for politics. Therefore, on top of her Master’s degree, Jessica got a Ph. D in Political Science and Government, at the same university.

In 2007 right after her graduation, Jessica had many job offers in New York but she knew those jobs wouldn’t satisfy her, so with the support of her family she went back to school to get a Master’s degree.

After her Master’s and Ph. D, Jessica started working as a project manager at Merrill Lynch where she was representing her company in big conferences, including the ones in Paris and Brussels, where she was discussing European Union directives. A year after that, from September 2008 to 2009, she worked as a graduate teaching assistant in the London School of Economics.

In 2008, Jessica had her first big break. She got a job in New York as a Democratic strategist at Douglas Schoen LLC. She was advising domestic and international clients on messaging strategies, but she was also managing publications of the company, such as books and opinion-based editorials.

Right after her big break, in 2012 in London, Tarlov worked as a Communications and Digital Strategist for the BackBoris organization.  While she was working at Douglas Schoen, Jessica appeared on many important networks and that meant a lot of publicity. From that point on, her career was blooming.

Years later, Tarlov went back to Douglas Schoen and she stayed there for 5 years, until 2017. Currently she is a contributor to Fox News.

After working for Douglas Schoen, she started working at Bustle Digital Group as the Senior Director of Research and Consumer Insight. Bustle Company owns Bustle.com, Romper.com and Elitedaily.com. A couple months later, after taking the job at Bustle Digital, she agreed to be a regular liberal contributor on Fox News Channel and she was broadcasted on various channels of the network.

Tarlov has published several works. Her works were published in New York Daily News, Forbes, Daily Beast and Fox News, just to name a few. She took part in authoring a book named ‘’America in the Age of Trump: Opportunities and Oppositions in an Unsettled World’’. In the book, Jessica and Douglas Schoen, discuss the problems of the country since Trump has taken over. (Douglas Schoen is a political consultant and has a regular appearance on Fox News, just like Jessica.)

Tarlov had worked for multiple corporations and had a lot of important roles in them, but she decided to stay in the Bustle Digital Group to this day. Also, she is still a contributor for Fox News where she expresses her opinion on politics freely.

Many people wonder what is going on in her personal life. It has been known that her relationship with her sister is very strong. Her mother and father are very successful, but everyone is wondering if she has a partner.

Many people talk about her relationship with Roman Kuznetsov. He is a Russian taekwondo athlete. Roman was born in 1989, which makes him 5 years younger than Jessica. She regularly posts photos and videos of them together with interesting captions, often about politics. She hasn’t stated that they are friends nor that they are dating. We are only left to wonder. Hopefully she will give a statement about her love life in the near future.

As for the looks, Jessica has a beautiful figure with a height of 1.80 centimeters (5 foot 11 inches). She weighs 58 kg, or at least she did the last time she gave that information. She does fitness and yoga, which explains a lot. She has natural brown hair and dark brown eyes.

Her net worth is reportedly estimated to be around 800 thousand dollars.

Jessica has many followers on social networks. It doesn’t matter if people follow her because of her opinions about politics, or because they are interested in her love life, one thing is certain – a lot of people care.  Even though she doesn’t have an Instagram account at this moment, she has a Twitter account with a large amount of followers – 31 thousand of them.

She starred in many TV shows that were included in Fox News, but she was also a guest in a few others.