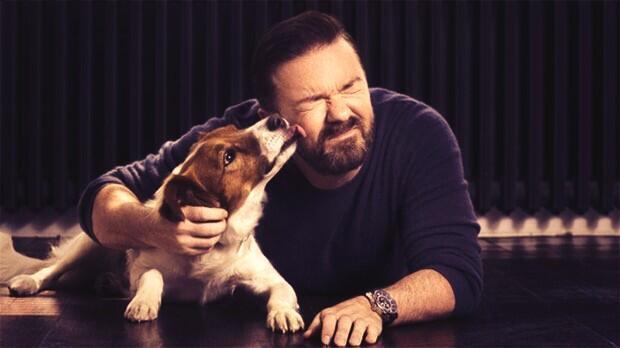 Ricky Gervais is an actor, writer and comedian, mostly known for his television series The Office. He starred in many Hollywood films, best of which are The Invention of Lying, Ghost Town and Muppets Most Wanted. Beside his acting career, he is a very prominent public person and philanthropist.
He is also one of the most prominent atheists. On his Twitter profile, he regularly Tweets about atheism, gay rights, animal rights, and as such, his tweets draw much attention and controversy. Ricky promotes equality and his quote “You can’t take equality ‘too far'” is already famous. PETA declared him to be their “Person of the Year” for 2013.

Here we bring you his 6 best Tweets…

I see Atheists are fighting and killing each other again, over who doesn’t believe in any God the most. Oh, no… wait… that never happens. Ricky Gervais.

This tweet was retweeted thousands of times. It basically mocks religion since they are the ones who do killings in the name of God. Tweet caused much of controversy since certain believers found themselves insulted.

Imagine if you carried on believing in Santa and the tooth fairy into adulthood. And even killed and started wars over it. Haha. Imagine that. Ricky Gervais.

Again tweet related to religion. It compares religion deities to the characters from children stories. Tweet got retweeted over 4 thousand times just in one week.

Ricky Gervais tweeted this back in 2013 afterEF5 tornado strucked Moore, Oklahoma – leaving 24 dead, over 200 wounded and over 2000 people without roof over their head. It implied hypocrisy of certain celebrities since those people there actually needed money, not prayers.

Humans are genetically closer to chimps than chimps are to gorillas. But we are all apes. Have a great day you clever tweeting primates :). Ricky Gervais

This is typical Ricky Gervais tweet. He publishes science-based tweets quite often. This tweet reffers to the fact that all humans and apes have common ancestor. It also reffers to evolution. The tweet was created in April, 2014.

A Christian telling an Atheist they’re going to Hell, is as scary as a child telling an adult they’re not getting any presents from Santa. Ricky Gervais.

If you want to deny something, don’t choose stuff like Evolution or The Holocaust. You’ll look silly because of all that evidence & proof. Ricky Gervais.