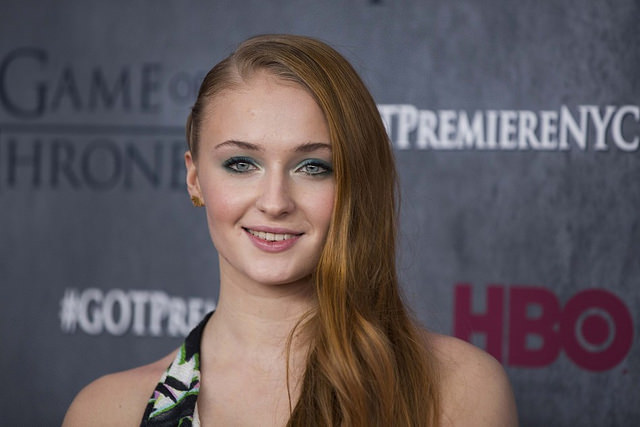 Before Game of Thrones made Winter Is Coming one of the most overused catch phrases in the world, most people had no idea who Sophie Turner was. Turner was more more precocious child star making her way through the theater world, and she might have spent her life playing the delicately beautiful ingenues of the stage if she hadn’t landed the role of Sansa Stark. Sansa’s the goody-two-shoes Stark girl who realizes that life isn’t all about songs and knights, and we’re all about Sophie’s amazing star turn as the Stark most people love to hate.

What is about Sophie Turner that makes us tune in and perk up when she appears on the screen? It starts with her beauty, but it certainly doesn’t end there!

When it comes to girls who grab our hearts, you can’t do better than ones who love animals. On Game of Thrones, the direwolves, symbol of House Stark, are the most charismatic mammals around, and Turner definitely noticed. The actress states that she has wanted dogs since she was a little girl, but it wasn’t until lately that it was a possibility. Turner bonded closely with Zunni, the Northern Inuit dog who played Sansa’s fond companion Lady, and the result was Turner ended up taking Zunni home when it was decided that from season 2 on, direwolves would be CGI only. There’s something about a girl who owns a dog that could rip you to tiny pieces that’s just cool! 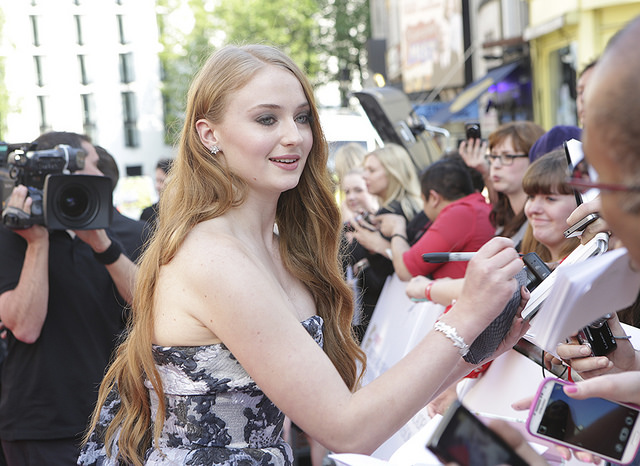 2. She Doesn’t Take Things Too Seriously

We’re not sure if any one character gets as much hate as Sansa except for maybe Joffrey Baratheon or Catelyn Stark. Seriously, there is something really ugly that gets triggered from a certain area of fandom when Sansa comes online, and we are just not a big fan of it. If you can find it in your head and your heart to love a guy that is called the Kingslayer, maybe you can have some sympathy for the girl who got to see her father beheaded in front of her. No matter what kind of hate or shade is thrown Turner’s way, however, she’s handled it with grace and dignity. It probably helps that no amount of Internet hate thrown her way changes the fact that she’s a classy dame who has a bright future ahead of her. When you wonder who should end up winning the Game of Thrones, just look for the picture of Sophie Turner reclining with assured self-confidence on the Iron Throne. All we have to say is hail to the queen! 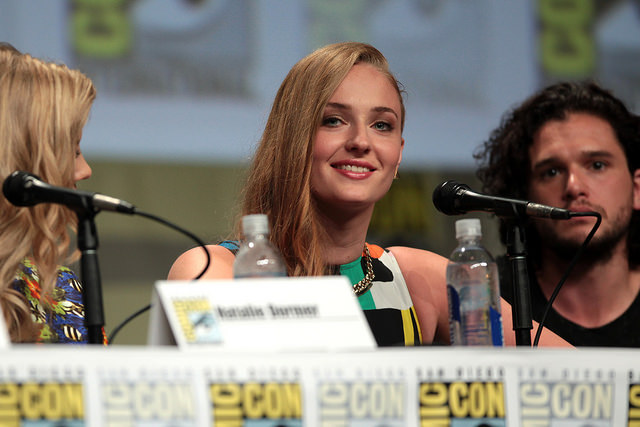 3. She Brings Life to a Frustrating Character

If you’re reading this article, there’s a better than average chance that you’ve plowed your way through the thousands of pages that make up A Song of Ice and Fire, the epic on which Game of Thrones is based. God bless him, but though George R. R. Martin has researched siege engines and gaping gut wounds, he doesn’t do a lot with women. Most of his women characters with a few notable exceptions can be boiled down to a three word phrase, and Sansa Stark never really stood out as anything special until Sophie Turner got involved. Turner manages to take a few incidents from a very large book and turn her character into someone to sympathize with, someone real and very vulnerable. When she’s trapped at King’s Landing, when she’s fleeing the Purple Wedding and when it looks like she’s going to take a place at Baelish’s side at the Eyrie, Turner makes us really feel how much it does suck to be Sansa. 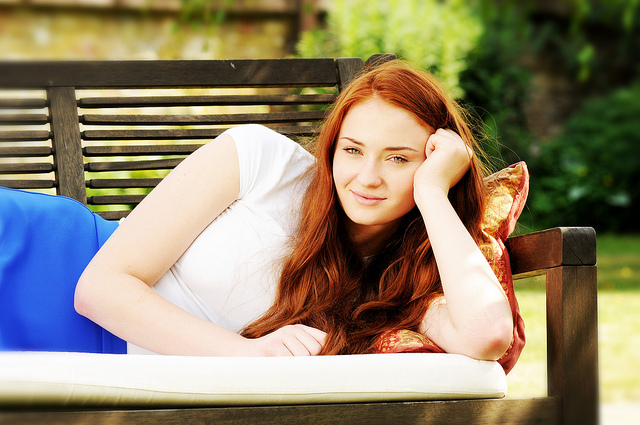 4. She Gets Along Great With Her Screen Sister

If you ever want to smile at a pair of girls who have come through one hell of a shooting schedule, look up videos of Sophie Turner and Maisie Williams. Though Sansa and Arya have nothing good to say about each other in the show (and we’re not sure they’ve been in the same scene since season one), their real life counter-parts couldn’t be closer. The friendship is real, and seeing these two light up when they hang out is one of the real behind the scene joys for anyone who loves. 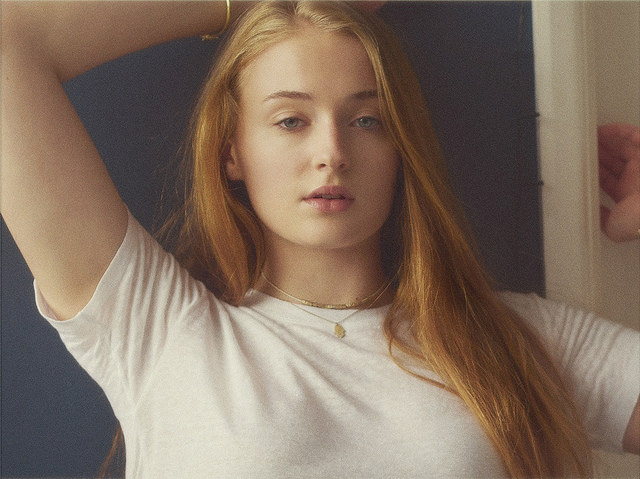 5. She’s Got Acting Chops to Spare

Here’s the thing about Game of Thrones. A lot of what people call “acting” on this show you can also easily call “yelling.” (Alfie Allen, we’re looking at you!) Then you have Turner, who comes onto a screen and simply stuns you with her poise. The amazing thing about Turner is that she’s taken Sansa from a homebound girl who loves to cross-stitch and dream about romance to a real survivor. Arya’s learning how to survive out in the world of stabbing and mud, but Sansa has a much more difficult job in some ways. For most of the last four seasons, she’s been having dinner day in and day out with people who can literally have her head cut off in a matter of seconds. Sophia Turner really makes us feel it and believe it, and whenever she’s on screen, we sit up and pay attention. 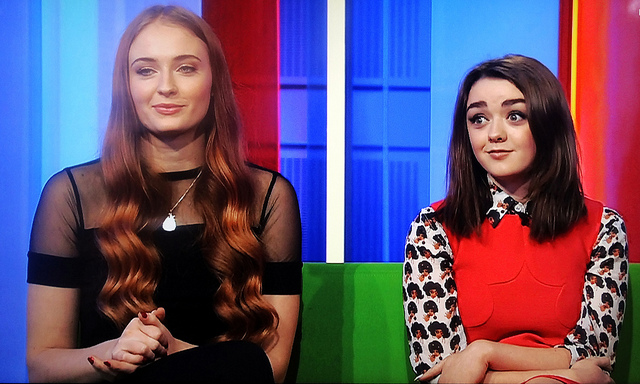 When you see how Turner conducts herself in interviews, sometimes its hard to remember that she just recently turned 18 years old. However, every now and then, between tales of what the Game of Thrones cast is really like on set and how tough it is moving around in all of that fabric all the time, we see a glimpse of the real Turner, and we’re a little in love. She talks with feeling about how much she loves her character, she’s a sucker for emotional movies like Titanic and The Fault in Our Stars, and she has nothing but good things to say about the strange trip she’s been on career. When it comes to being both glowing with thanks for where she is and amazingly humble about her circumstances, Turner’s got it down pat. 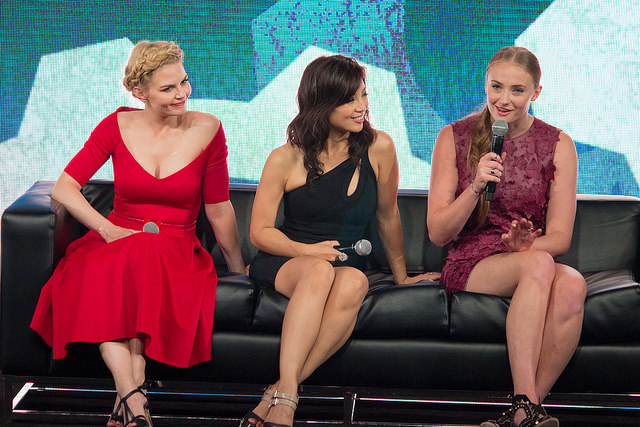 No one who watched Sansa Stark strut out at the end of season four in that black and spiky number can really deny that Sophia Turner is a knock-out. She’s got the poise of a veteran actress after her three years in Westeros, and she knows how to make sure that we’re all stunned by her gorgeous skin and her devastating smile. Game of Thrones really did seem to gather some of the most good looking people in Europe and North America to take the lead, and Turner is absolutely no exception. She’s drawn comparisons to actresses like Gwyneth Paltrow and Scarlett Johansson, but it seems clear that Turner is destined to create a type of beauty that is uniquely hers!