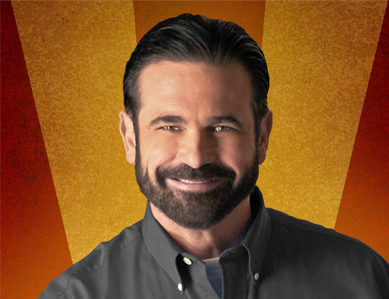 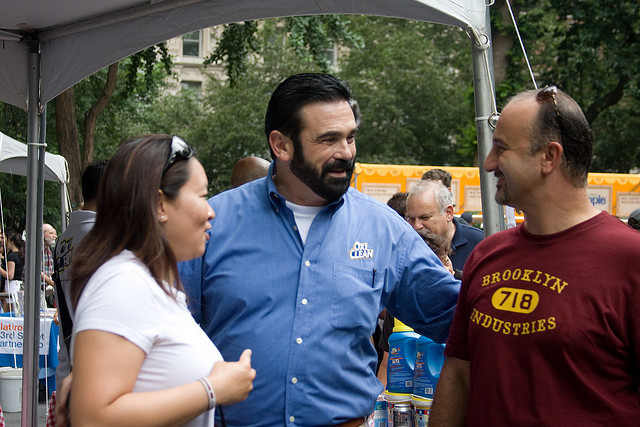 William Darrell “Billy” Mays, Jr. was born in McKees Rock, Pennsylvania on July 20, 1958. Mays attended the Sto-Rox High School and was raised in Pittsburgh, Pennsylvania. He went on to drop out of West Virginia University and worked for his father’s hazardous waste company before moving to Atlantic City, New York in 1983.

Mays’ profession in sales began on the Atlantic City boardwalk, where he sold the “Washmatik” portable washing device, as well as “As Seen on TV” products, to passersby. In Atlantic City, Mays learned how to pitch from the older sales pitchmen and then travelled to home shows, auto shows, and state fairs across the United States for a period of twelve years. He sold a variety of tools, including maintenance products, tools, cleaning products and food choppers.

In 1993, Mays struck up a friendship with rival salesperson Max Appel, founder of Orange Glo International, a Denver based manufacturer of cleaning products while at a Pittsburgh home show in 1993. He was subsequently hired by the company to promote their line of cleaner, OxiClean, Orange Clean and Orange Glo, on the Home Shopping Network in St. Petersburg, Florida. Customers responded with enthusiasm to Mays’ sales pitches, and a sharp increase in sales after his first day on the network was evident. However, Mays did receive some poor reviews as he was known for shouting in an abrasive manner during informercials.

Mays went on to found and act as CEO for his own company, Mays Promotions, Inc. The company was based at his home in Odessa, Florida and his services as a pitchman became highly sought after. After appearances in a variety of ‘as seen on TV’ product commercials, Mays claimed to be an avid user of the products he promoted. In December 2008, Ads for ESPN’s online service, ESPN 360, used Mays for promotion. The advertisements were different from what Mays was used to, and were designed to be parodies of other infomercial clichés with Mays appearing to parody himself. Mays made a live appearance during the 2008 Champs Sports Bowl promoting ESPN’s and ABC’s January 1, 2009, bowl games.

The documentary series, “PitchMen,” which featured Mays and Anthony Sullivan began airing on the Discovery Channel on April 15, 2009. After Mays’ death, Discovery Channel aired a special Billy Mays tribute episode of “PitchMen” called “PitchMan: A Tribute to Billy Mays.” Before his death, Mays had signed a deal with Taco Bell to film infomercial-style commercials for the chain; shooting was scheduled to start in August 2009.

Mays’ first marriage to Dolores Mays ended in divorce. He had a son with Dolores, who was 24 at the time of Mays’ death. His son, Billy Mays III worked as a production assistant alongside his father on the “PitchMen” television show. Mays’ daughter Elizabeth, with his second wife, Deborah Mays, was only three years old at the time of his death. Both of Mays’ parents have survived him; Mays died at his Florida home on the morning of June 28, 2009.