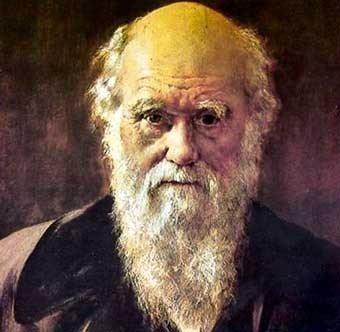 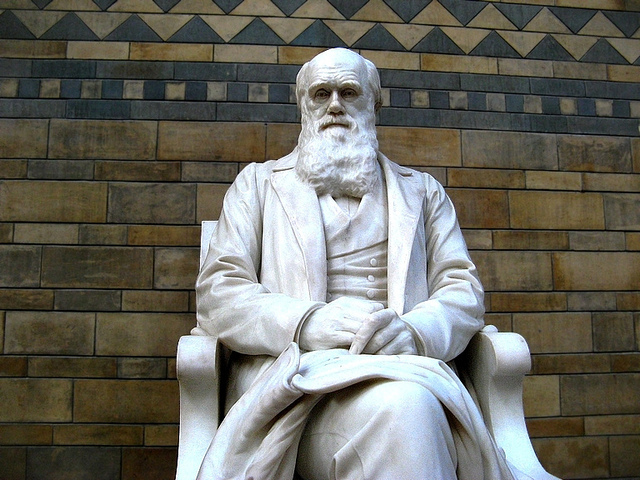 Charles Robert Darwin was born on February 12, 1809, at the family home The Mount in the town of Shrewsbury, Shropshire County, England. Darwin was the fifth of six children born to Dr. Robert Waring Darwin and Susannah Wedgwood. Young Darwin was destined to follow in the footsteps of his paternal grandfather, physician Erasmus Darwin, who wrote on evolutionary principles in “Zoonomia.” Early on, Darwin discovered his love of nature and began to avidly collect minerals, shells, and bird eggs–a hobby that served him well later on in life. When Darwin was only 8 years old, his mother died. In the same year, he entered the Unitarian day school, operated by Rev. G. Case. After spending a year, he moved on to attend Dr. Samuel Butler’s boarding school in Shrewsbury, where he studied the works of Homer, Euclid, Virgil, Horace, William Shakespeare, Lord George Gordon Bryon, John Milton and Sir Walter Scott. He attended the boarding school until 1825, and while he did not excel in his studies during his tenure, he enjoyed chemistry and conducting experiments. After leaving boarding school, in 1825, Darwin’s father sent him to Edinburgh University in Scotland to pursue an education in medicine. Darwin enjoyed the practical side of medicine, attending to the sick under the tutelage of his father, however, he expresses in his Autobiography that the prospect of being left an inheritance from his father to allow him a comfortable living was enough to disinterest him in studying medicine.

Darwin’s father soon realised that his son was not destined to become a physician, especially as his love for nature continued to dominate his life. His father proposed the idea of him entering the clergy instead. This requiring a solid foundation in the classics, Darwin worked with a tutor and studied Greek texts in preparation for entrance to Cambridge University, which he started in 1828, and graduated from in 1831 with a BA. It was while attending Cambridge University that Darwin became acquainted with professor of Botany John Stevens Henslow, who later became a dear friends and mentor; he also recommended him as the expedition’s botanist for the HMS Beagle.

On December 27, the Beagle left Plymouth, county Devon, England sailing under Captain Robert Fitzroy. Darwin was immersed in the world he loved throughout the duration of their five year circumnavigation of the globe. He collected and classified geological animal specimens and sent many home to Henslow to be further studied. Darwin became a disciple of uniformitarianism and its founding principle, “The present is the key to the past.” Darwin kept a journal religiously and his keen observations were later published in “The Voyage of The Beagle” in 1939. He also went on to be part of the collaborated effort to produce and edit the five volume “Zoology of the Voyage of H.MS. Beagle,” which includes extensive illustrations and diagrams, published between 1838 and 1834. When Darwin returned to England in October 1836, he was greeted with much esteem by the scientific community. He was elected secretary to the Geological Society of London where he also read several papers. He had papers published in the Linnean Society’s Journal and continued his studies on the transmutation of species, geology, barnacles, seeds, and oversaw the editing of several studies and reports based on his specimens.

Darwin married his cousin, Emma Wedgwood on January 29, 1839, and together they had ten children. The Darwin family settled at their home Down House in the village of Downe in Kent County, England. Darwin died at home on April 19, 1882, at the age of seventy-three. At the request of then President of the Royal Society of London, William Spottiswoode, he was given a state funeral and buried in Westminster Abbey in London, England, resting among other notable figures in scientific history.