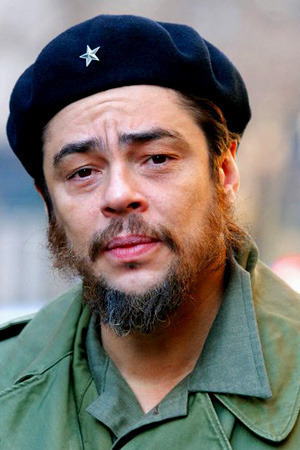 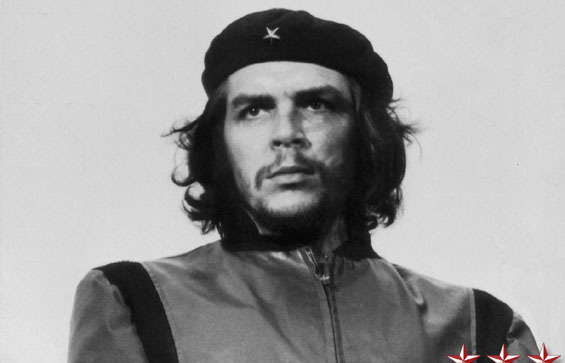 Ernesto (Che) Guevara was born on June 14, 1928, in Rosario, Argentina. He studied medicine at the University of Buenos Aires and subsequently worked as a doctor. He travelled as a medical doctor throughout Latin America and while in Guatemala during 1954, he witnessed the socialist government of President Jacobo Arbenz overthrown by an American backed military coup. He was transformed by what he saw, and so decided to join the Cuban revolutionary, Fidel Castro, in Mexico as part of the July 26 Movement.

The group invaded Cuba with plans to overthrow the U.S. Backed Cuban dictator Fulgencio Batista. Guevara subsequently rose to prominence among the insurgents, and was promoted to second in command. Upon the successful two year long guerrilla campaign they deposed the Batista regime and established a new government led by Fidel Castro.

After the Cuban revolution, Guevara took on a number of key roles in the new government. He reviewed the appeals for those convicted as “war criminals” during the revolutionary tribunals, which typically included anyone who fought or in any way opposed the new regime. In other words he was Castro’s chief executioner, playing a similar role as Heinrich Himmler did for Adolf Hitler, and Lavrentiy Beria for Stalin. During this time he commanded and witnessed the execution of thousands of dissidents, and according to his own words, enjoyed the process.

In a letter to his father Che wrote “I’d like to confess, papa’, at that moment I put a bullet in a mans head and watched him die slowly, I discovered that I really like killing.”

It wasn’t hard to get caught in his crosshairs given his stance on rebellion, even though he himself was formerly a rebel against the Batista regime. He had this to say about rebellion:

“Youth must refrain from ungrateful questioning of governmental mandates. Instead they must dedicate themselves to study, work and military service. The very spirit of rebellion is reprehensible.”

He also tried to route out homosexuals, jazz and rock music, and burned thousands of books as well as executed cuban authors.

He was also a minister of industries, credited for instituting agrarian reform, president of the national bank, and an instructional director for Cuba’s armed forces.

The positions he held, allowed him to play a significant role in training the militia forces who repelled the Bay of Pigs Invasion and in bringing to Cuba the Soviet nuclear-armed ballistic missiles which precipitated the 1962 Cuban Missile Crisis.

He supported the idea of using those missiles in the attack on the US. “The U.S. is the great enemy of mankind! Against those hyenas there is no option but extermination!”, he said. “If the nuclear missiles had remained (in Cuba) we would have fired them against the heart of the U.S. including New York City!”

In 1965, Guevara left Cuba to incite revolutions with the goal of establishing a communist regime similar to the one he helped establish in Cuba. He first tried in Congo-Kinshasa where he was unsuccessful and later in Bolivia, where was captured by the CIA-assisted Bolivian forces and executed. At the point of capture he pleaded for his life by saying “Don’t shoot – I’m Che! I’m worth more to you alive than dead!”. His plea, however, fell on deaf ears.

Che was also a writer and a diarist, composing a seminal manual on guerilla warfare. He also penned the best selling memoir about his youthful motorcycle journey across South America, which served as a basis of a same named film. The film doesn’t, however, portray a complete picture of Che Guevara.

Despite Che’s brutality and disrespect for human life and liberty multitude of biographies, memoirs, essays, documentaries, songs and films were created about him. He was named one of the 100 most influential people of the 20th century by Time magazine. The photograph Che, shot by Alberto Korda on March 5, 1960 at the La Coubre memorial service, was published in the same issue of Time magazine, with the title: “Guerrillero Heroico.” The magazine declared it the “most famous photograph in the world.” Since his death, his stylised visage has become a ubiquitous countercultural symbol and global insignia within popular culture.

While this pop icon version of Che represents rebellion Che himself squashed rebels to his own regime, and believed the very spirit of rebellion to be “reprehensible”.

The Che phenomenon has thus essentially taken a life of its own, disconnected from its sources and from facts of reality. Some attribute this to his charm and charisma, as well as good looks, making him good material for widespread proliferation. However, those who know the truth, and even worse have suffered by his hands, find it difficult to endure his ongoing exaltation.

Others find irony and comfort in the fact that he who despised american capitalism has himself become a capitalist commodity; and a symbolic embodiment of everything he hated.