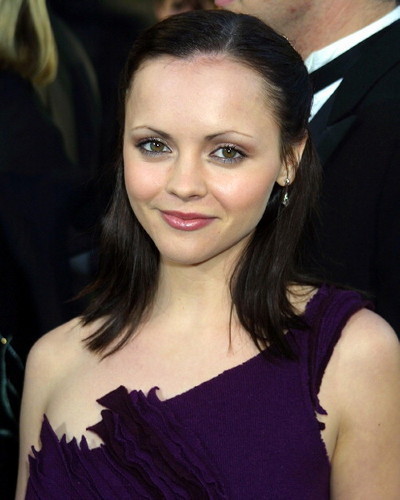 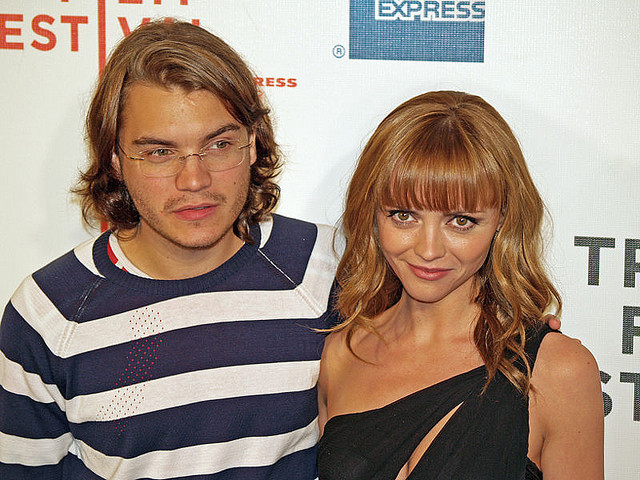 Twenty-nine year old Christina Ricci wormed her way into our lives playing the sour-faced and sinister role of “Wednesday Addams” on the dark comedy films “The Addams Family” (1991) and “Addams Family Values” (1993); prior to doing the Addams movies. Christina quickly became a sought after actress and appeared in a commendable line of movies such as the comedies “Pumpkin” (2002), “Anything Else” (2003) and “Penelope” in 2008. She went on to more serious roles in the drama films “Laramie Project” in 2002 and “Monster” and “Prozac Nation” in 2003.

Christina Ricci was born February 12, 1980 in Santa Monica, California, and is the fourth and youngest child of her parents who divorced in 1993. The Scotch-Irish girl grew up in New Jersey and then later moved on to New York to attend the Professional Children’s School which catered to children that led professional lives (on stage). Other graduates of the school include Mischa Barton, Macaulay Culkin, and Uma Thurman. Ricci began her acting career in at the age of nine when she was cast alongside Cher in the Golden Globe nominated film “Mermaids” (1990).

Christina’s acting career took off when she was cast in the “The Addams Family” and “Addams Family Values” movies in the early 1990’s. The starlet had her first breakthrough adult role in The Ice Storm in 1997; the film received several nominations and awards including the award for Best Screen Play in the Cannes Film Festival Awards. Further success came with films such as the box-office hit “Casper”, Tim Burton blockbuster film “Sleepy Hollow”, the critically-acclaimed film “Monster” (2003) where she starred alongside Oscar awarded Charlize Theron, and the 2003 drama “Prozac Nation” which was based of the best-selling autobiographical novel of the same name.
A former child star Christina has managed to keep herself grounded in the film industry. Collectively Christina has appeared in over twenty films, television series and television shows. She has shared the stage with major A-List actors and actresses including Johnny Depp, Charlize Theron, Samuel L. Jackson, Jessica Biel and Reese Witherspoon.
Christina has received several awards, nominations and accolades that speak to her aptitude as an actress. These include:

Where is Christina Now

The 5 ft 1 in Aquarian is still based in New York and runs her own production company Blaspheme Films, which was responsible for Prozac Nation and Pumpkin (2002). Christina also has a couple of movie projects in the making including the family oriented animation Alpha and Omega, the comedy Born to be a Star, another animated film called The Hero of Color City, all set to be released in 2010. Christina’s highly anticipated horror flick “After. Life” is still awaiting a release date.