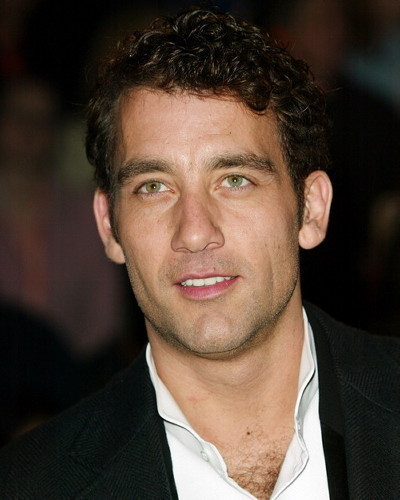 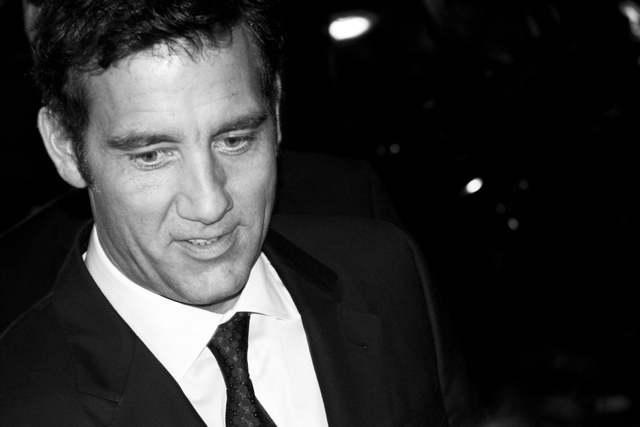 You know him from Sin City, Gosford Park, and The Golden Age but this Hollywood hunk really ails from England. Clive Owen is an English actor and Golden Globes winner that has blazed a trail through the American and England film industries. The aforementioned movies are just the tip of Owens’s acting career as he has over thirty films, television movies and series under his belt.

The son of Pamela Owen and (now estranged) Jess Owen, Clive Owen was born October 3, 1964 in Coventry, Warwickshire, England. He and his four siblings were raised by their mother and stepfather when Jess Owen left the family. After a rough childhood Owen turned his focus to the Arts and entered the Royal Academy of Dramatic Art in 1984; he graduated three years later. He then joined the Young Vic Theatre Company, where he performed in several plays including Romeo and Juliet (both he and his current wife held the lead roles) and Measure for Measure.

Owen began his career in television appearing in several productions between 1986 and 1991. He made a guest appearance in the TV series Boon in 1986. In 1988 he starred in the BBC adaptation Precious Bane and the Channel 4 film Vroom. He started the 1990’s with his heroic lead role in the British ITV series Chancer (1990-1991), and appearance in the Thames Television production Lorna Doone.

Clive Owen’s strong performance in the Stephen Poliakoff’s drama Close My Eyes (1991) won him critical acclamation. He followed with another Poliakoff production Century in 1993 and appeared in several television series/movies including Nobody’s Children, The Return of the Native (where he was cast with another Hollywood gold Catherine-Zeta Jones), and the ABC drama Class of ’61.

Owen broke into Hollywood with the film The Rich Man’s Wife, co-starring Halle Berry. He appeared in the Channel 4 film Croupier directed by Mike Hodges and co-starred with Lothaire Bluteau in Bent. Between 1999 and 2000 Owen starred in the television series Second Sight before moving on to films such as Gosford Park, The Bourne Identity (with Matt Damon) and Beyond Borders (with Angelina Jolie). In 2004 he starred in the Patrick Marber play turned drama film Closer for which he won a BAFTA and Golden Globe Award.

Where is Clive Owen Now

Clive Owen and his wife Sarah-Jane Fenton currently lives in Highgate, London and Wrabness, north Essex, with their two daughters, Hannah and Eve. He’s currently working on the sequel to Inside Man and is rumored to star in Spider-Man 4 as the supervillain character “Kraven the Hunter”.