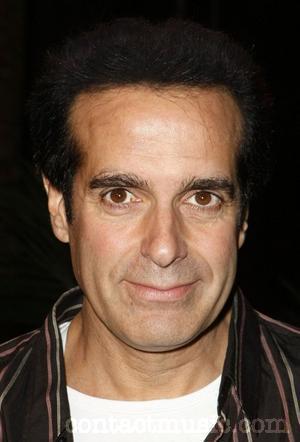 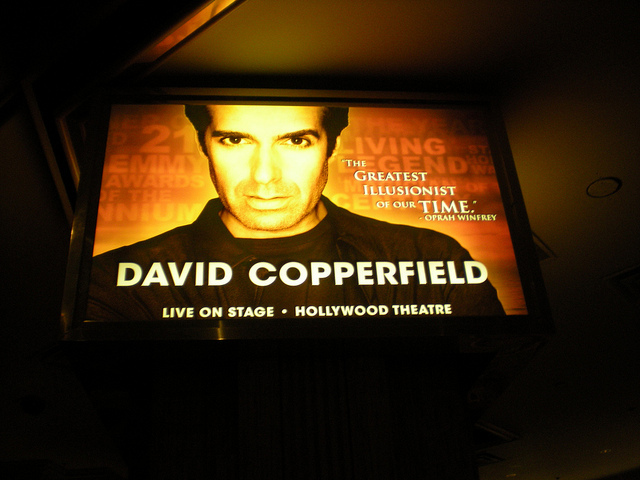 David Copperfield is revered as one of the greatest illusionists in modern time. He is a member of the exclusive club of world-famous magicians the Society of American Magicians, an Emmy award winner, and owner of the International Museum and Library of the Conjuring Arts, which houses the world’s largest collection of historically significant magic memorabilia (including Houdini’s Water Torture Cabinet and his Metamorphosis Trunk), books and artifacts. Copperfield’s most memorable illusions include the disappearance of the Statue of Liberty, levitating across the Grand Canyon and walking through the Great Wall of China.

Magician, illusionist, director, producer and writer, David Copperfield commercial success has earned over $1 billion in revenue. He has appeared on several television network events, world tours and has been featured in Forbes, Architectural Digest and Esquire.

Born David Seth Kotkin on September 16, 1956 in Metuchen, New Jersey, Copperfield was raised by his Jewish parent Rebecca and Hyman Kotkin. He began his journey in magic at the age of ten when he showcased his talents in his neighborhood. By age twelve he became the youngest person ever admitted to the Society of American Magicians.

In his teen years Copperfield became intrigued with Broadway, his experiences included the musicals featuring Stephen Sondheim or Bob Fosse. He began teaching a course in magic at New York University when he was sixteen and at age nineteen he was chosen to host a television show.

David Copperfield: The World is a Stage

Copperfield entered the Fordham University at the age of eighteen and within the first week was cast in the lead role of the Chicago-based musical The Magic Man; he produced the magical theme in the show that was later regarded as the longest running musical in Chicago’s history. Copperfield changed his name adopting the new one from the Charles Dickens “David Copperfield”.
Copperfield’s career in television began when he hosted the 1977 ABC television special “The Magic of ABC”. Impressed with Copperfield’s performance CBS signed him to several “The Magic of David Copperfield” specials that ran between 1978 and 1998 and showcased David’s talents as a magician in front of a live audience.
Copperfield went back to acting with roles in the 1980 horror film Terror Train and the 1994 unaccredited film Prêt-à-Porter.
In 1996, Copperfield made his literary debut with the fictional anthology David Copperfield’s Tales of the Impossible and follow up 1997 volume David Copperfield’s Beyond Imagination. He also wrote an essay for the “This I Believe” series (a CBS program that encouraged both famous and everyday people to write short essays about their own personal motivation in life and then read them on the air). In 1996 Copperfield’s Broadway show “Dreams & Nightmares” broke box office records.

In 1982 Copperfield established a rehabilitative program called “Project Magic” designed to give the gift of magic to people with physical, psychosocial and developmental disabilities.
In 1980 and 1987 Copperfield was named “Magician of the Year” by the Academy of Magical Arts and he is a five-time Emmy Awards Nominee and winner of one Emmy Award
In 2006 Copperfield bought eleven Bahamian islands called Musha Cay which he renamed “The Islands of Copperfield Bay,”
Copperfield is noted as the first living magician to receive a star on the Hollywood Walk of Fame and he holds eleven Guinness World Records including “most tickets sold worldwide by a solo entertainer”.