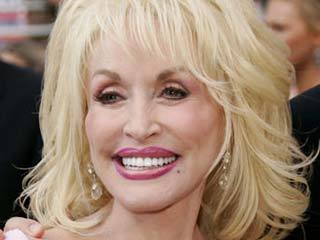 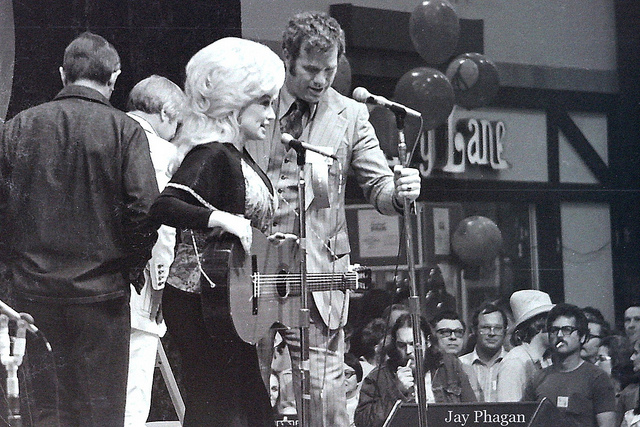 Country music legend Dolly Parton was born January 19, 1946 in Locust Ridge, Tennessee. She has over forty years of experience in the music business earning her the title “The Queen of Country Music”. Her accomplishments include twenty-five number one singles (Gold Record, Platinum Record and Multi-Platinum Record), forty-one top ten country albums and twenty-six Billboard Chart toppers.

Seven-times Grammy recipient, and Hollywood Walk of Fame star, Dolly Parton’s greatest hit songs include 9 to 5, Islands in the Stream, and I Will Always Love You ballad re-recorded by Whitney Houston for the soundtrack of the feature film The Bodyguard (1992)

Dolly Parton was the fourth of twelve siblings and grew up in a lower class family in Tennessee. Dolly’s music interest began when she got her first guitar at eight years old and started writing songs. At age eleven she began singing on a local radio station in Knoxville, and at thirteen made her first recording on a small Louisiana label Gold Band Records. Once she graduated high school in 1964, Dolly moved to Nashville to pursue her musical career at the encouragement of country singer and songwriter Johnny Cash. 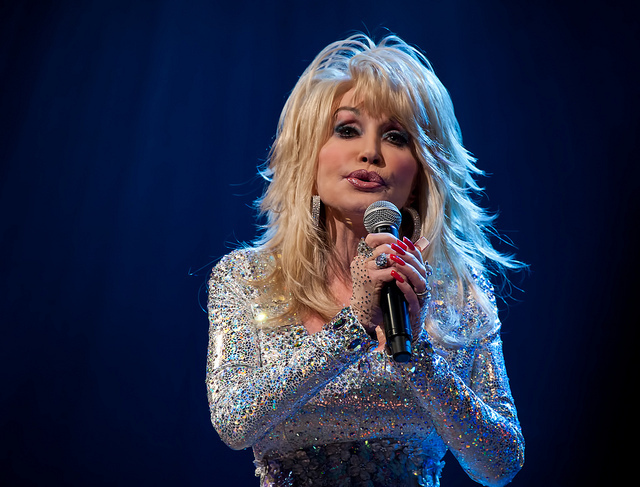 Parton launched her solo career in 1967, although she partnered with Porter Wagoner for his television show The Porter Wagoner Show from 1967-1975, she remained primarily a solo act. Dolly was signed to Wagoner’s label, RCA Victor and released her first single “The Last Thing on My Mind”, a duet with Wagoner. The song reached the country Top Ten early in 1968, and was followed with a six-year streak of virtually uninterrupted Top-Ten singles.

Dolly released her first solo single “Just Because I’m a Woman” in 1968 which did much better than its successors including “In the Good Old Days (When Times Were Bad)”, she and Wagoner realized with much frustration that their duets were far more successful projects. They were named Vocal Group of the Year in 1968 by the Country Music Association.

Solo recognition came in 1970 when Dolly covered Jimmie Rodgers’ “Mule Skinner Blues”, it placed number three on the charts. Her first number-one came shortly after when she released the single “Joshua” which was followed by a two-year span of solo hits – including “Coat of Many Colors”. The blockbuster “Jolene” reached number one in early 1974.

Dolly left Wagoner’s show in 1974, and released the number one hit “I Will Always Love You” which was dedicated to Wagoner. She won the Country Music Award for female vocalist in 1975 and 1976.

Between 1977 and 1986 Dolly had commercial success when she branched out into pop music. She consistently charted in the country Top 10, with at least eight singles reaching number one. Her 1977 album, Here You Come Again was the first to top the million dollar sales mark earning her a Grammy Award for Best Female Country Vocal Performance. In the 1980’s 1980 Dolly had three number-one hits in a row: the Donna Summer-written “Starting over Again,” “Old Flames Can’t Hold a Candle to You”, and “9 to 5”. Her duet with Kenny Rogers, “Islands in the Stream”, spent two weeks at number one in 1983.

1987 to 1994 was the period she recorded Trio with Emmylou Harris and Linda Ronstadt, collaborated with Loretta Lynn and Tammy Wynette for Honky Tonk Angels and returned to acoustics with The Grass Is Blue, for which she won the International Bluegrass Music Association’s album of the year and a Grammy for best bluegrass album. Parton re-recorded “I Will Always Love You” with Vince Gill, and they won a CMA award for vocal event in 1996.
Another Oscar nomination came in 2006 for “Travelin’ Thru,” written for the film Transamerica. She also returned to No. 1 on the country charts later that year with Brad Paisley’s ballad “When I Get Where I’m Going”. 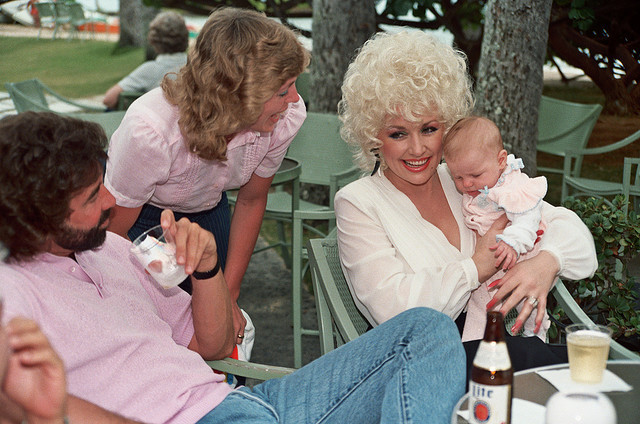 Dolly Parton the Actress and Producer

Dolly’s acting career started off with Nine to Five in 1980 and The Best Little Whorehouse in Texas in 1982. She received Golden Globe nominations for Best Actress for both films. She also starred in the 1989 comedy drama Steel Magnolias, and also made cameo appearances for The Beverly Hillbillies (1993)and Miss Congeniality 2: Armed and Fabulous (2005). She also had her own variety shows in 1976 and 1988; both lasted for just one season.