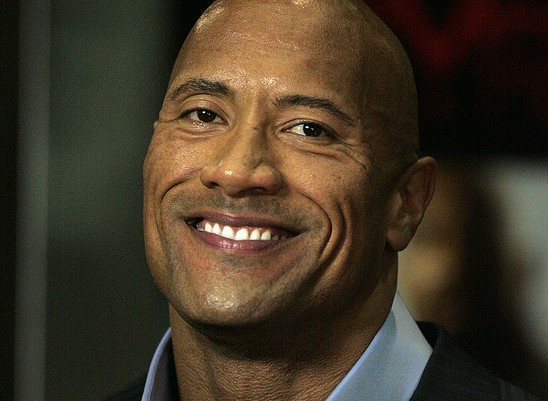 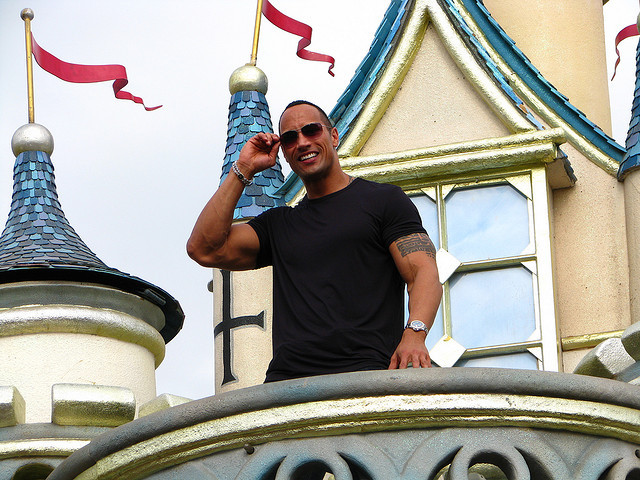 Dwayne “The Rock” Johnson, notorious for his skills in professional wrestling, is also a beloved American actor. Johnson joined the World Wrestling Federation (WWF), from 1996 before retiring in 2004. He became the youngest Intercontinental Champion in WWF history at the age of 24 (winning the title twice in 1997) before winning the WWF/WWE title record seven times. Johnson is also the first third-generation superstar in wrestling history.

Johnson delved into acting with his first leading role in 2001, in The Scorpion King and subsequently appeared in movies such as The Rundown, Be Cool, Walking Tall, Gridiron Gang, The Game Plan, Get Smart, Race to Witch Mountain, and Planet 51. 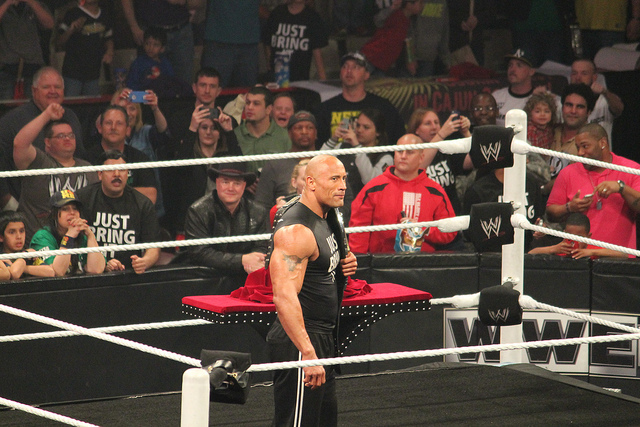 Dwayne Johnson was born May 2, 1972 to Samoan royalty Ata Johnson and father Rocky “Soulman” Johnson. He grew up in Hayward, California and came from a family of wrestlers as both is father and grandfather Peter “High Chief” Maivia were professionals in the sport. Johnson’s Grandmother Lia Maivia also ran the Polynesian Pacific Pro Wrestling from 1982 until 1988 and is noted as one of wrestling’s few female professional promoters. Whilst at Bethlehem Johnson became a member of the football, soccer and wrestling teams.
Johnson’s success in high school football got him several scholarship offers from various universities including the University of Miami which he chose. He made the university’s team playing defensive tackle and by 1991 he became a member of the Miami Hurricanes’ national championship team.
Johnson graduated from Miami in 1995 and in 2007 he participated in the university’s last home football in the Orange Bowl. In 2005 Johnson joined the Calgary Stampeders for two months before being dropped from the team. 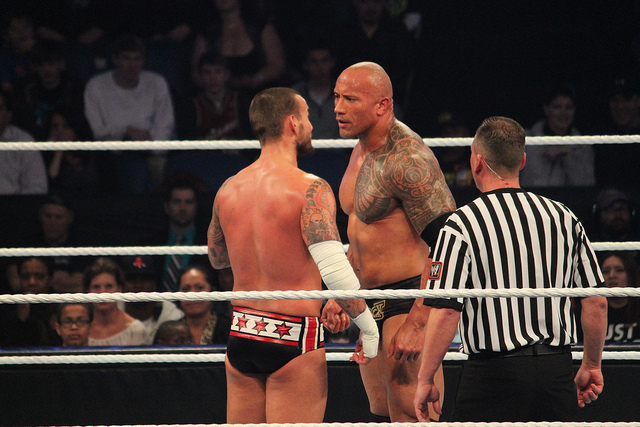 Johnson became his father’s protégé when he expressed an interest in joining the family’s wrestling business. He worked with WWE Hall-of-Famer Pat Patterson and participated in several tryouts with the WWE in 1996; this included his win over The Brooklyn Brawler. He received a wrestling contract and went on to win the USWA World Tag Team Championship twice with wrestling partner Bart Sawyer in the summer of 1996 under the stage names of Flex Kavana and Pidlaoan Rock.
Johnson began wrestling in the WWF under the stage name Rocky Maivia, a name derived from his father and grandfather’s names; he was the first third-generation superstar to be in the wrestling arena. Johnson thereafter won the prestigious Intercontinental Championship after only three months in 1997. 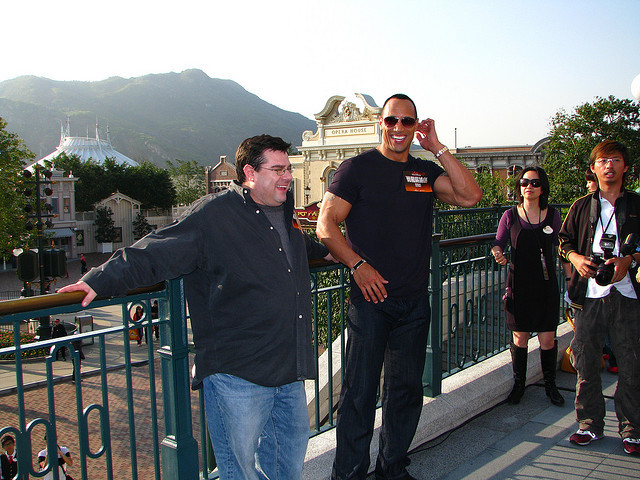 Johnson’s good guy image soon attracted negative reactions from wrestling fans and resulted in him booed during his matches. He eventually joined Nation of Domination (wrestling’s version of the Black Panthers) in 1997, and changed his ring name to “The Rock” portraying a hard cut image; he reacted to his unpopularity with fans by insulting them in his promos, this caused him to be seen as a charismatic bully even driving out the Nation’s leader Faarooq.
Johnson became popular for his promos. At in Your House: D-Generation X, Stone Cold Steve Austin defeated The Rock to retain the Intercontinental Championship, however the championship was subsequently handed over to Johnson igniting a feud between Johnson, Austin and UFC Hall of Famer Ken Shamrock. Johnson had further feuds with Faarooq, Triple H and D-Generation X, the latter two disputed Intercontinental Championship. After winning the Breakdown: In Your House PPV event against Ken Shamrock and Mankind, The Rock became the top contender to the WWF Championship and also disbanded the Nation.
In the WWF Championship Johnson became a favorite with the fans, he went on to feud with Mr. McMahon and defeated Mankind in the finals of the “Deadly Game” tournament becoming the first world heavyweight champion of African American descent in WWF history and the youngest WWF Champion at the time. Other breaking points came as follows

The Rock in Hollywood

During his wrestling career, Johnson appeared on the TV series Saturday Night Live receiving positive review for his talents. He subsequently received other offers from Hollywood which led to his appearance in several films including Gridiron Gang (2006), Walking Tall (2004), The Rundown (2003), The Scorpion King (2002) and The Mummy Returns (2001). He also has films due for release in 2010