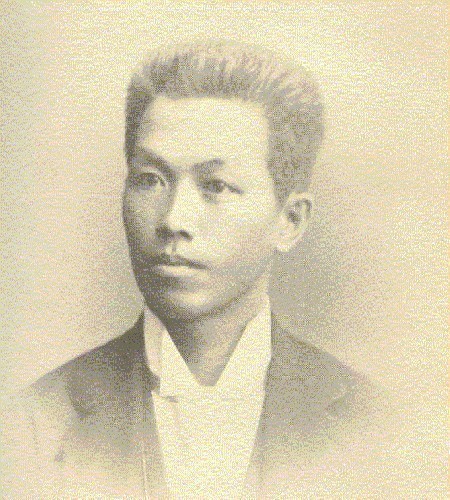 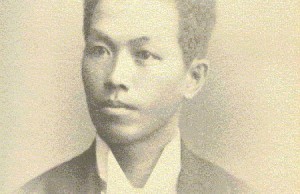 Emilio Aguinaldo y Famy was born in the Cavite on the Island of Luzon in the Philippines on March 22, 1869. Aguinaldo was the seventh of eight children of Crispulo Aguinaldo whom was mayor of Cavite El Viejo (now Kawit), and Trinidad Famy. Because of his father’s status Aguinaldo was able to live a fairly wealthy life.

In 1880 he was educated at the Colegio de San Juan de Letran, Manila, but left before graduation to support his mother who had become a widow in 1878.
In 1893, the Maura Law was passed to reorganize town governments with the aim of making them more effective and autonomous, changing the designation of town head from gobernadorcillo to capitan municipal effective 1895. On January 1, 1895, Aguinaldo followed in his father’s footsteps and was elected town head; he was the first person to hold the title of capitan municipal of Cavite El Viejo. Aguinaldo joined the secret organization called Katipunan which was dedicated to the expulsion of the Spanish and independence of the Philippines through armed force.
By 1897 he was elected cabeza de barangay of Binakayan and remained in the role for eight years; he also engaged in inter-island shipping where his travels took him as far as the Sulu Archipelago.

Aguinaldo became mayor of Cavite Viejo on August 1896 and was the local leader of the Katipunan, a revolutionary society that fought against the Spanish. In December 1897 he agreed to leave the Philippines and remain permanently in exile on condition of a substantial financial reward from Spain coupled with the promise of liberal reforms. Whilst in Hong Kong and Singapore he made arrangements with representatives of the American consulates to return to the Philippines to assist the United States in the war against Spain. On his return to the Philippines in 1898 Aguinaldo assisted in the country’s independence of Spain; however they were surrendered to the United States by the Treaty of Paris in December 1898.
Jan. 23, 1899, the Malolos Constitution was proclaimed and Aguinaldo was elected president. The ongoing war between the Americans and the Filipinos resulted in guerilla warfare. Two years later Aguinaldo was captured in his secret headquarters at Palanan in northern Luzon. Aguinaldo took an oath of allegiance to the United States, was granted a pension from the U.S. government, and retired to private life.

In 1935 Aguinaldo ran for presidency at the time the commonwealth government of the Philippines was established in preparation for independence, and lost to Spanish mestizo Manuel L. Quezon. He returned to private life until the Japanese invaded the Philippines in 1941 in World War II, and used him in war tactics against the Americans, an act that led to his arrest when the Americans returned in 1945 on the charge of collaboration.

He was subsequently exonerated and appointed to the Council of State by President Elpidio Quirino in 1950. In the later years of his life, he dedicated his attention to the interests and welfare of war veterans, the promotion of nationalism and democracy in the Philippines, and the improvement of relations between the Philippines and the United States. He was given Doctor of Laws, Honoris Causa by the University of the Philippines in 1953.

Aguinaldo was 93 when President Diosdado Macapagal officially changed Independence Day from July 4 when it was first recognized by the U.S. Government, to June 12, 1898. He proudly carried the flag he had raised in Kawit.
Emilio Aguinaldo y Famy died of coronary thrombosis on February 6, 1964 at 94.