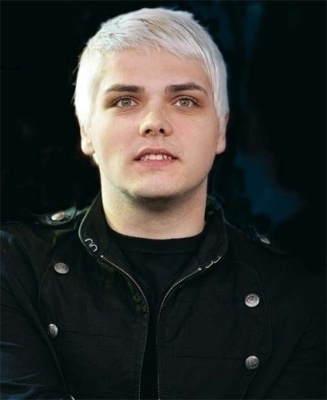 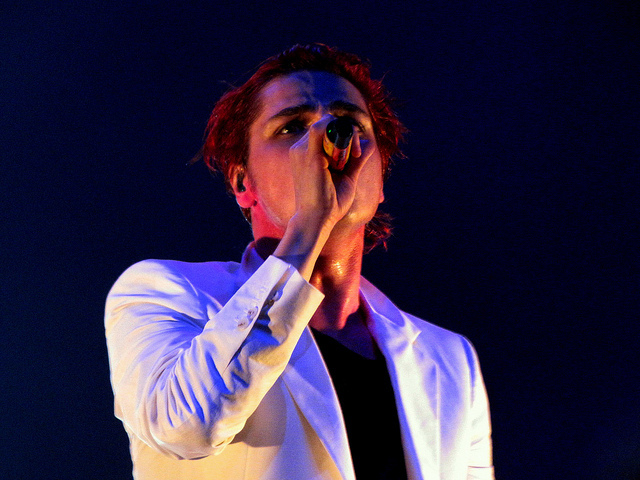 Gerard Way is the lead singer and co-founder of the Grammy nominated American rock band Chemical Romance. He is also the writer of the Eisner Award-winning comic book The Umbrella Academy. My Chemical Romance’s music has been described by as alternative rock, pop punk, emo punk revival and post-hardcore.

Gerard Way was born April 9, 1977 in Summit, New Jersey to Donald and Donna Lee Way; he was raised in Belleville, New Jersey. Gerard’s music forte came to light when he played the role of Peter Pan in his elementary school production while he was a fourth grader. His grandmother Elena Lee Rush served as his creative mentor, nurturing his artistic abilities from an early age.

Gerard went on to attend Belleville High School graduating in 1995. Despite his modern day musical success, Gerard’s first love was of art and comic books. To pursue his interest of graphic arts, Gerard enrolled into the School of Visual Arts in New York and graduated with a Bachelor of Fine Arts in 1999. During his time in New York Gerard also interned at DC Comics.

For a brief period Gerard worked a gig in toy design and animation. In 2001 he attempted to sell an animated television series to Cartoon Network called The Breakfast Monkey but the pitch was rejected. In 2007, Gerard wrote and did the initial illustrations of the comic-book miniseries The Umbrella Academy. Cartoonist Gabriel Ba recreated all of Gerard’s original drawings in the final version which can still be seen in the last few pages of the first book in the series, “The Apocalypse Suite”.

The Apocalypse Suite was first released by Dark Horse Comics May 5, 2007 and has been continued by MySpace now entitled “Safe & Sound”. Gerard, along with fellow artists Shaun Simon and Becky Cloonan began the creation of a new comic-book series titled “The True Lives of the Fabulous Killjoys”.

From Art to Music

September 11, 2001 was a turning point in Gerard’s life as the terrorist attacks on the Twin Towers led him to an epiphany…he decided to start a band. Gerard formed the group with his high school friend and drummer Matt Pelissier, guitarists Ray Toro and Frank Lero, and his own brother Mikey Way who gave the group its name My Chemical Romance. Gerard had written the song “Skylines and Turnstiles” which was inspired by the 9/11 events and sought to record it now that he had a group. The band recorded their first album I Brought You My Bullets You Brought Me Your Love shortly after its formation. The album was released in 2002 on local indie Eyeball Records and produced by the band’s good friend Geoff Rickly.

They signed with Reprise Records the next year and released their major label debut Three Cheers for Sweet Revenge in 2004; the album was a commercial success, selling over one million copies and attaining platinum status in just over a year. The band released four singles from the album; “Thank You for the Venom”, “I’m Not Okay (I Promise)”, “Helena” and “The Ghost of You”. It was during this time that the band replaced Matt Pelissier with Bob Bryar, after returning from a tour of Japan in July 2004.

My Chemical Romance’s popularity steadily grew over the next few years, especially after the success of their second album, however Gerard continued to battle bouts of depression, alcoholism, and drug abuse. This was especially compounded by the death of his grandmother, for whom he wrote the song “Helena” as a means of coping. After suffering through some very low lows, Way finally managed to get himself sober in mid-2004

The band spent most of 2005 on tours, projects and collaborations including the Taste of Chaos and American Idiot tours, and the “Under Pressure” collaboration with The Used.

In March 2006, they released the record entitled Life on the Murder Scene followed by the unauthorized biography DVD Things That Make You Go MMM! released in June 2006. A biography titled Something Incredible This Way Comes was also released, written by Paul Stenning and published in 2006.

My Chemical Romance released a new single “Desolation Row” on February 1, 2009 and are currently working on their fourth album.