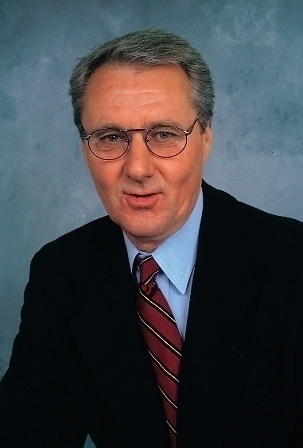 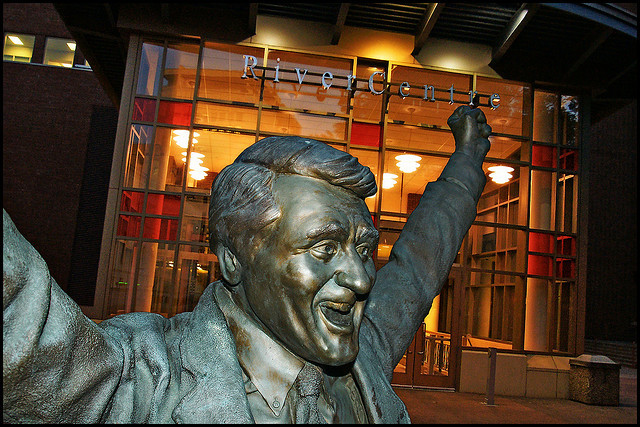 Born in Saint Paul, Minnesota, to Herbert Brooks, Sr. and Pauline Brooks, he played on the Johnson High School hockey team that won the 1955 state hockey championship.
Brooks later played hockey at the University of Minnesota and was a member of the 1964 and 1968 United States Olympic teams. He almost made the 1960 Olympic team, only to be cut the week before the Olympic Games started. He then sat at home and watched the team he almost made win gold. Later, he coached the University of Minnesota Golden Gophers hockey team to three NCAA championships (1974, 1976 and 1979). After being approached by Michigan Tech when head coach John MacInnes died, Brooks coached St. Cloud State University in the mid-1980s. In 1980, he became the first coach of the United States to lead his team to victory against the USSR in 20 years.
He was inducted into the United States Hockey Hall of Fame in 1990.
Brooks later coached in the National Hockey League for the New York Rangers, where he became the first coach in Rangers’ team history to win 100 games. He also coached the Minnesota North Stars, New Jersey Devils, and Pittsburgh Penguins. He was a long-time head scout for the Penguins from the mid-1990s until the day of his death.
He also coached France in the 1998 Winter Olympics. He again coached the U.S. hockey team at the 2002 Winter Olympic Games, this time winning a silver medal.
He was inducted into the International Hockey Hall of Fame in 1999, and the Hockey Hall of Fame, posthumously, in 2006.

Brooks died at the age of 66 in a single car accident on the afternoon of August 11, 2003, near Forest Lake, Minnesota, on Interstate 35. It is believed that Brooks fell asleep behind the wheel before the accident after driving all night, and neither drugs nor alcohol was responsible. He was not wearing his seatbelt at the time of the crash, and according to the Minnesota State Patrol, it is likely he would have survived the crash if he had been. Disney released a film about the 1980 Olympic team in 2004 called Miracle featuring Kurt Russell playing the part of Brooks (Karl Malden had previously played Brooks in a 1981 television film called Miracle on Ice). Brooks served as a consultant during principal photography, which was completed shortly before his death. At the end of the movie there is a dedication to Brooks. It states at the end, “He never saw it. He lived it.”

Upon the 25th anniversary of the Miracle on Ice, the Olympic ice arena in Lake Placid, New York, where the United States won their gold medal, was renamed Herb Brooks Arena. A statue of Brooks depicting his reaction to the victory in the “Miracle” game was erected in Saint Paul, Minnesota, in 2003.