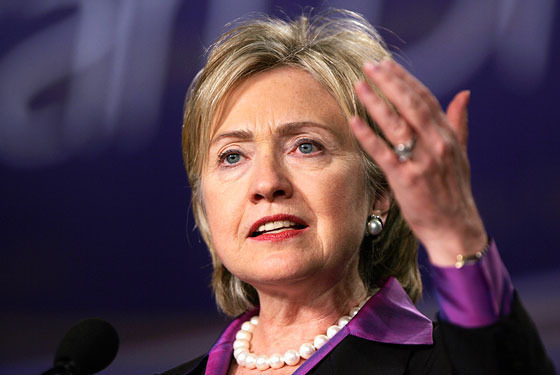 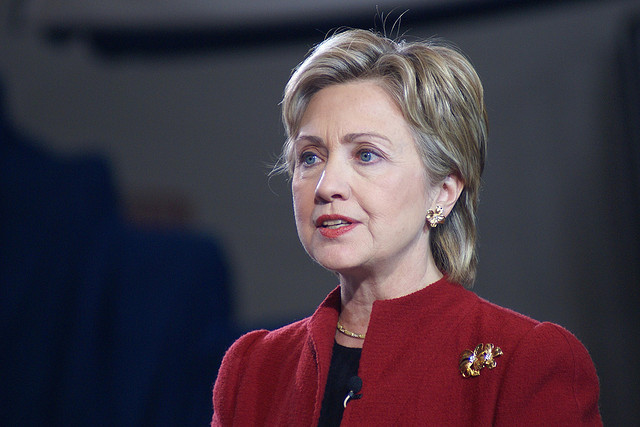 Hillary Diane Rodham Clinton was born on October 26, 1947. She is the 67th United States Secretary of State and currently serves in the administration of President Barack Obama.
She was born in Chicago, Illinois at the Edgewater Hospital. Her family was of the United Methodist faith. Her first years were spent in Chicago. By age three her family had moved to suburban Park Ridge, Illinois. Her father, Hugh Ellsworth Rodham managed a successful small business within the textile industry, he was the son of Welsh and English immigrants. Her mother, Dorothy Emma Howell, was also of European descent and was a home-maker. She has two siblings: Hugh and Tony Rodham. 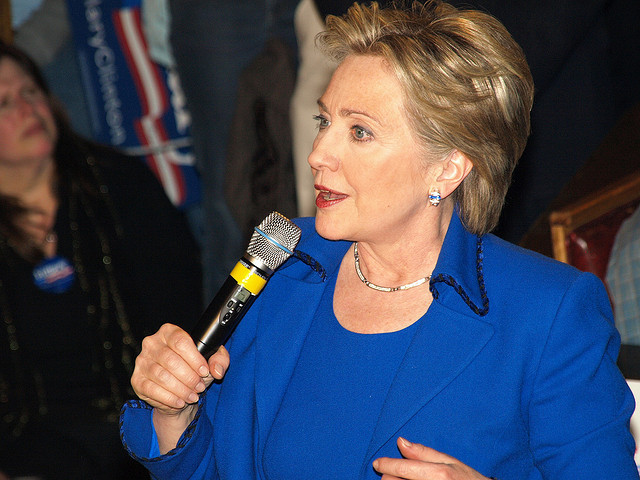 Rodham-Clinton held the position of United States Senator for New York from 2001 up until 2009. She is the wife of the 42nd President of the United States, Bill Clinton. She was the First Lady of the United States for the two terms that Bill Clinton was in office from 1993 to 2001. She was a leading candidate for the Democratic presidential nomination in the 2008 election running against the current President Barack Obama.
Rodham-Clinton had commanded national attention in 1969 because of her statements as the first student commencement speaker at Wellesley College. She pursued a career in law once she graduated from Yale Law School in 1973.She briefly served as a Congressional legal counsel, soon after which she moved to Arkansas in 1974 and married the former president Bill Clinton in 1975. She helped to establish the Arkansas Advocates for Children and Families in 1977. In 1978 she became the first female chair of the Legal Services Corporation. In 1979 she was named the first female partner at Rose Law Firm. She has been identified twice in the list of 100 most influential lawyers in America. She was the First Lady of Arkansas between the years 1979 to 1981 and again in 1983 to 1992 with her husband Bill Clinton who was the then Governor. She was integral in reforming Arkansas’s education system. She has sat on the board of directors of Wal-Mart and many other notable corporations. 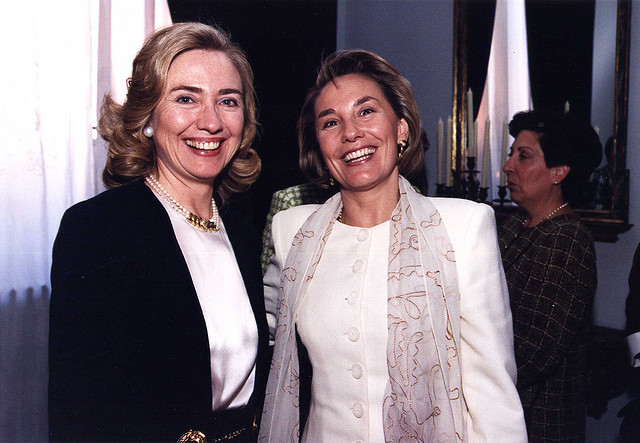 In the year 1994 during her reign as First Lady of the United States, her greatest initiative, the Clinton health care plan, did not earn the approval of the U.S. Congress. Despite this by 1997 and 1999 she was instrumental in supporting the initiation of the State Children’s Health Insurance Program, the Adoption and Safe Families Act, and the Foster Care Independence Act. Her years as First Lady was not without some controversy. She is the only First Lady to have ever been subpoenaed, she testified before a federal grand jury in 1996 in relation to the Whitewater controversy. However she was never charged with any illegalities in this or any of several other investigations that occurred during her husband’s two terms as president. She was again the centre of a controversy after the much covered Bill Clinton Monica Lewinsky affair that was revealed in 1998.
Once her husband’s two terms had ended she moved to the state of New York. She was then elected as a U.S. Senator by the year 2000. That election was the first time an American First Lady had actually vied for public office. She was also the first female senator to act as a representative to the state. While serving in the Senate, she supported the Bush administration on some foreign policy issues at first, which included a vote for the Iraq War Resolution. She later opposed the administration on how it carried out the war in Iraq and on most other domestic issues. She was reelected as a senator by a large majority of vote in 2006. In the 2008 presidential nomination race she won more primaries and delegates than any other female candidate throughout American history, but subsequently lost to Senator Barack Obama by a narrow margin. She is the the first former First Lady to serve in a president’s cabinet.