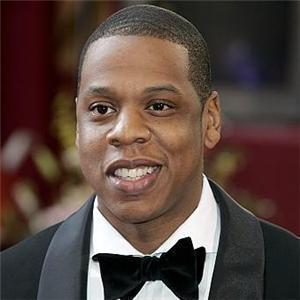 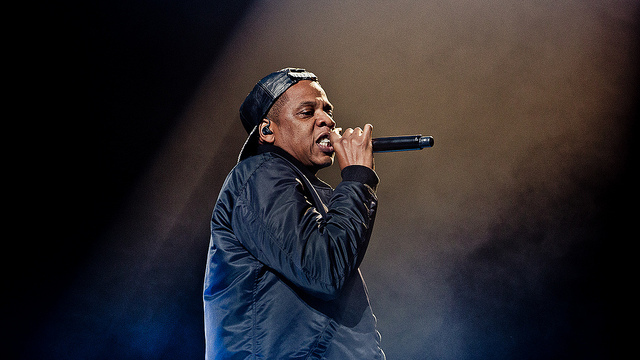 Shawn Corey Carter or as he is popularly known Jay-Z was born on December 4, 1969. He is a very successful American hip hop artist and entrepreneur.

He grew up in the Marcy Houses housing project in the Bedford-Stuyvesant neighbourhood of Brooklyn in New York City. He was raised in a single family home having been abandoned by his father. At 12 years old he got in an altercation with his brother who he shot in the shoulder for stealing his jewellery. He attended Eli Whitney High School in Brooklyn until it was shut down. He then attended George Westinghouse Information Technology High School in Downtown Brooklyn, with soon to be famous rappers The Notorious B.I.G. and Busta Rhymes. He moved on to Trenton Central High School in New Jersey but did not graduate.
His mother Gloria Carter has said that in his youth he would wake up his siblings at night by banging out drum patterns on the kitchen table. Eventually, she bought him a boom box for his birthday, influencing his interest in music. He engaged in freestyling, writing lyrics, and followed the music that was typical of that time period. He was known in his neighbourhood as Jazzy”. This nickname evolved into his stage name: “Jay-Z”. He considers his name part tribute to his mentor Jaz-O. The J/Z subway lines that have a stop at Marcy Avenue in Brooklyn has also been contributed to the creation of his stage name.

In the initial stages of his professional recording career, when he was unable to attain a record deal Jay-Z, Damon Dash, and Kareem Biggs cofounded Roc-A-Fella Records as their own independent record label. Once he struck a deal with Priority to distribute his material, Jay-Z released his 1996 debut album Reasonable Doubt with accredited beats from established producers such as DJ Premier and Super DJ Clark Kent and a much hailed appearance by The Notorious B.I.G.. Although it would only achieve number 23 on the Billboard 200, the album still received much critical acclaim. The album later on received further accolades by appearing in the Rolling Stone’s “500 Greatest Albums of All Time” at number 248. It also went on to achieve platinum status.

It was during this time that he was accused of stabbing record executive Lance “Un” Rivera for what Jay-Z deemed Rivera’s bootlegging of Vol. 3… Life and Times of S. Carter.
At first he pleaded not guilty, once in court however he later pleaded guilty to a misdemeanour charge which saw him getting three years probation.
Other successive albums would follow including; The Dynasty: Roc La Familia (2000); The Blueprint (2001); The Blueprint²: The Gift & the Curse (2002); The Black Album (2003); Kingdom Come (2006); American Gangster (2007) and The Blueprint 3 (2009). He retired for a brief period but returned to the hip hop world in 2006 with his album Kingdom Come.

Jay-Z is a co-owner of the 40/40 Club and the NBA’s New Jersey Nets and also has his own line of clothing, Rocawear. He was once the CEO of Def Jam Recordings and is one of the three founders of Roc-A-Fella Records. He has since then pursued a new venture Roc Nation. He also holds the present title of most number one albums by a solo artist on the Billboard 200.

Jay-Z is married to singer and actress Beyoncé Knowles, who is a former member of Destiny’s Child. They are very private about their personal life and subsequently settled for having a private wedding.

He has also been involved in philanthropy including donating 1 million dollars to help relief efforts of Hurricane Katrina victims.