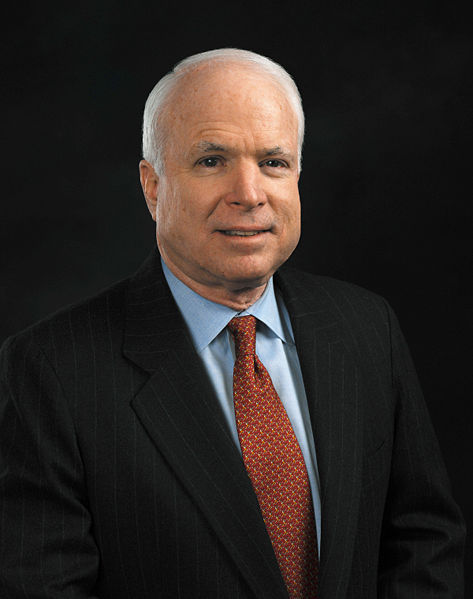 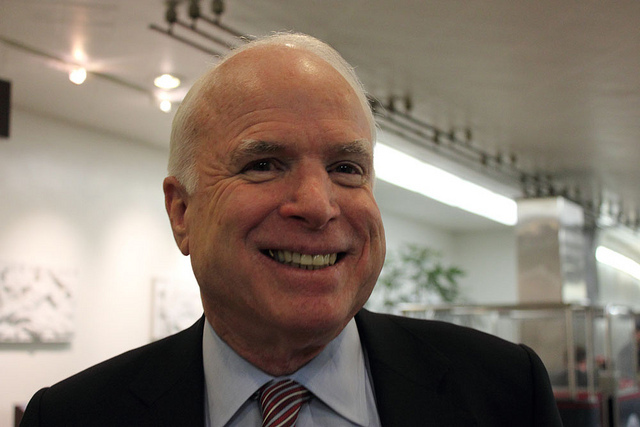 John Sidney McCain III was born August 29, 1936. McCain wished to emulate his father and grandfather who were both four-star admirals by joining the United States Navy. He graduated from the U.S. Naval Academy in 1958. He then became a naval aviator which among other things involved flying ground-attack aircraft from aircraft carriers. He almost lost his life in the 1967 USS Forrestal fire duiring the Vietnam war. While on a bombing mission over Hanoi in October 1967 his plane was shot down. He was badly injured as a result of the attack and captured by the North Vietnamese. He remained a prisoner of war until 1973. He was tortured and was also refused an out-of-sequence early repatriation offer. Subsequently he was left with lifelong physical limitations because of his years as a prisoner of war. 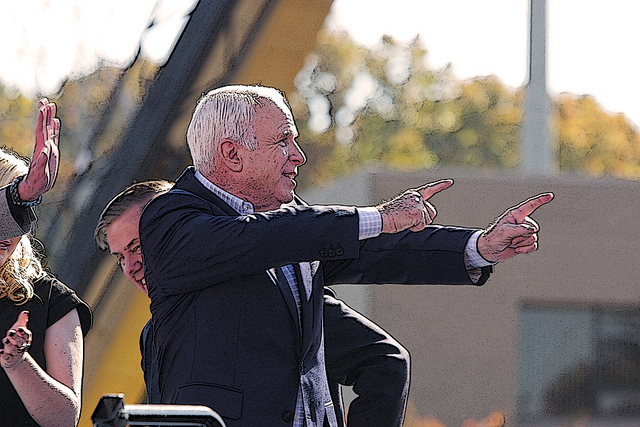 Mccain retired from the Navy with the rank of captain in 1981. He then moved to Arizona and entered politics. He was elected to the U.S. House of Representatives in 1982 where he served two terms. After which he was then elected to the U.S. Senate in 1986 and was re-elected in 1992, 1998, and 2004. Although he typically conformed to conservative principles, he still developed a media reputation as being a “maverick” for his open disagreement with his party on particular issues. He was investigated and exonerated in a political scandal in the 1980s as a member of the Keating Five. As a result of this he made campaign finance reform one of his major priorities. This eventually led to the passage of the McCain-Feingold Act in 2002. He has also done significant work in trying to restore diplomatic relations with Vietnam. McCain has also chaired the Senate Commerce Committee; he has opposed spending that he considered to be pork barrel, and played a vital role in curtailing a crisis over judicial nominations.
McCain ran for the Republican presidential nomination in 2000, but lost to former president George W. Bush. He was successful in gaining his party’s nomination in 2008 for the candidacy of president, but eventually lost to Democratic candidate Barack Obama in the proceeding general election. 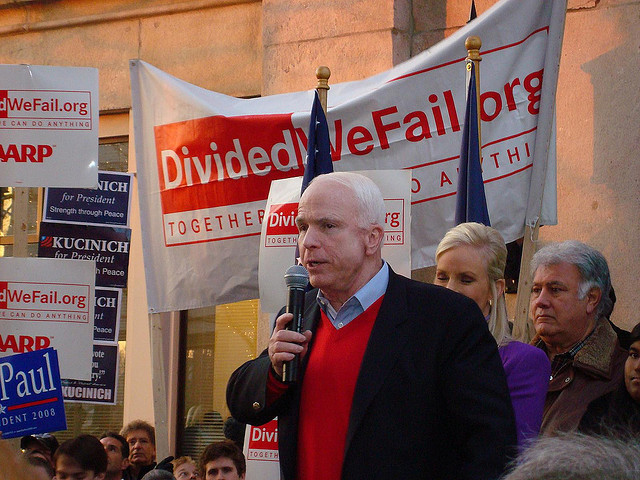 John McCain’s strong personality has been a major component of his public image. This image is composed of his military service which is notably a family tradition, his maverick political persona, his temper, his sometimes damning remarks, and his strong family life being viewed as close to his children.
McCain’s political appeal has been thought of as more nonpartisan and less ideological when compared to many other national politicians. His reputation is in part contributed to his service in the Vietnam War. He still has physical injuries from his war wounds and often jokes when campaigning: “I am older than dirt and have more scars than Frankenstein.”

He is often considered, straightforward and direct, but rather impatient. His other traits include a fondness for lucky charms, a love of hiking, and a remarkable sense of humour that has at times resulted in unfavourable reactions. This was demonstrated when he made a joke in 1998 about the Clintons which was declared unfit for newspapers to print: “Do you know why Chelsea Clinton is so ugly? Because Janet Reno is her father.” He consequently apologized with great earnest and the Clinton White House accepted his apology.