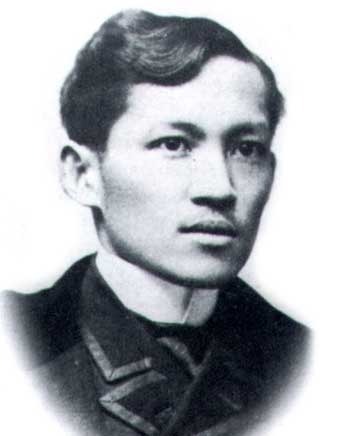 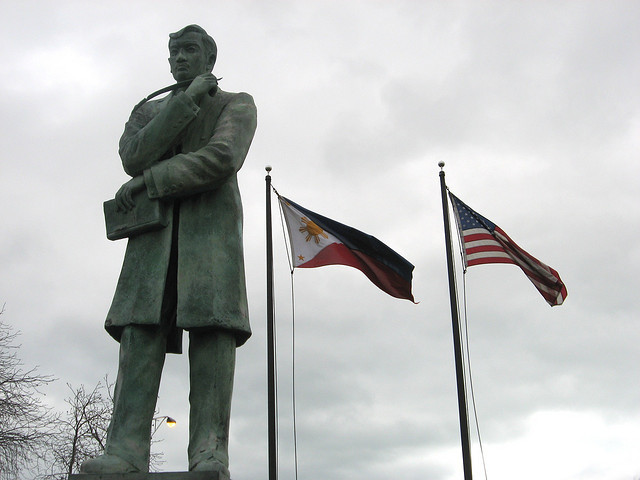 Jose Rizal named Jose Protasio Rizal Mercado y Alonso Realonda Quintos was born on June 19, 1861 in Calamba, Laguna, in the Spanish Philippines. Rizal was born to father Teodora Morales Alonso Realonda y Quintos and mother Francisco Engracio Rizal Mercado y Alejandra II as the seventh of eleven children. Rizal’s family was very wealthy, they were farmers who granted lease of their estate (called hacienda) and an accompanying rice farm by the Dominicans. Rizal is a descendant of Domingo Lam-Co, a Chinese entrepreneur who sailed to the Philippines from China in the mid 17th century.

At the age of three, his mother taught him his alphabet and by five he was able to read and write. At an early age he started to show inclinations of becoming an artist. He started to make sketches and pencil drawings that astounded his family and by age 8 he was already into poetry, he wrote the poem “Sa Aking Mga Kabata” which revolved around the love of one’s language. In 1877, when he was 16 he gained his Bachelor of Arts degree with an average of ‘excellent’ from the Ateneo Municipal de Manila and then enrolled into Philosophy and Letters but because of his age, 17 he was not granted the license to practice the profession until December 30, 1881.

He enrolled in medicine in 1878 at the University of Santo Tomas but stopped his studies when he felt that the Dominican tutors were discriminating against the Pilipino students. He sailed for Spain on May 3, 1882 and continued his studies at the Universad Central de Madrid and by age 23 he was awarded the degree of Licentiate in Medicine. By June 19, 1885 at age 24 he completed his course in Philosophy and Letters with a grade of “excellent”. Rizal travelled extensively in America, Europe and Asia and mastered 22 languages including English, Chinese, Arabic, Japanese and German.

Rizal was a versatile genius who expanded his talent into many areas; he was an artist, architect, cartoonists, educator, businessman, economist, ethnologist, scientific farmer, historian, inventor, journalist, linguist, musician, mythologist, naturalist, nationalist, novelist, ophthalmic surgeon, poet, psychologist, Propagandist, scientist, sculptor, sociologist and theologian. In March of 1887, Rizal published his book in Berlin, Noli Me Tangere, a novel which exposed the despotism and arrogance of the Spanish clergy. In 1890 he published the book Successos De Las Islas Filipinas in Paris. His second novel and a sequel to the Noli, El Filibusterismo was published in September 18, 1991 in Ghent.

Through this medium, Rizal provoked the animosity of those in power which led him and his family to get in trouble with the Spanish officials in the country. The authorities then tried to pin him down by creating fabricated charges. He was eventually charged for keeping anti-friar pamphlets and imprisoned in Fort Santiago from July 6, 1892 to July 15, 1892. After being in exile in Dapitan, he engaged in business, fishing and agriculture. He also operated a hospital; and conducted classes to tutor pupils in Spanish, English, the Arts, the sciences and vocational courses such as surveying, sculpturing, agriculture, painting and were even taught the art of self defense.

Rizal was said to have a very warm personality, and good manners. His humility gained him the respect and admiration of prominent men of other nations. He was very intelligent and his demeanor caused him to be irresistible to women off all races. After a mock trial, he was convicted of rebellion, sedition and for forming illegal association on December 30, 1896. Rizal was executed in a Bagumbayan Field at the age of 35. After his death, Rizal was heralded as a hero of the ‘Philippine Revolution’ by Katipunan leader Bonifacio and following the Philippine-American War he was promoted as a hero by the American colonial administration. Up to this day, he was never explicitly proclaimed as a national hero by the Philippine government.