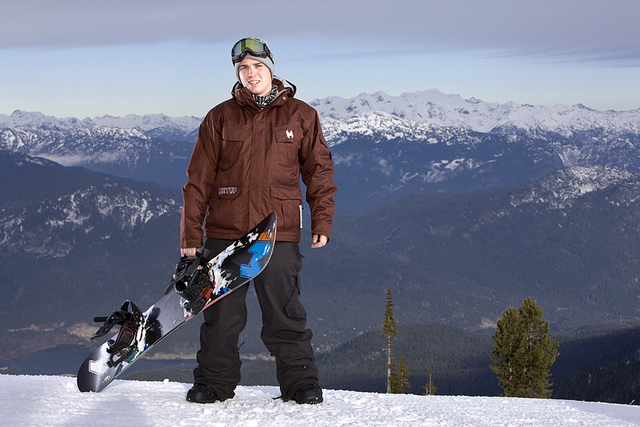 Ottawa Senators’ player Mike Fisher is a Canadian professional ice hockey centre. He holds Ottawa’s unofficial hardest shot record at 105 mph. The 2005-06 season, was the pivot of his career with Fisher setting new personal bests with a plus-minus rating of +23, 64 penalty minutes, 149 shots on goal and 14.09% shooting percentage in just 67 games. He helped the Senators to finish the regular season topping the Eastern Conference standings and was the runner-up for the Frank J. Selke Trophy as best defensive forward (awarded to Rod Brind’Amour).
In addition to playing for Team Canada at the 2005 World Championships, Fisher is the assistant captain for the Ottawa Senators of the National Hockey League (NHL). 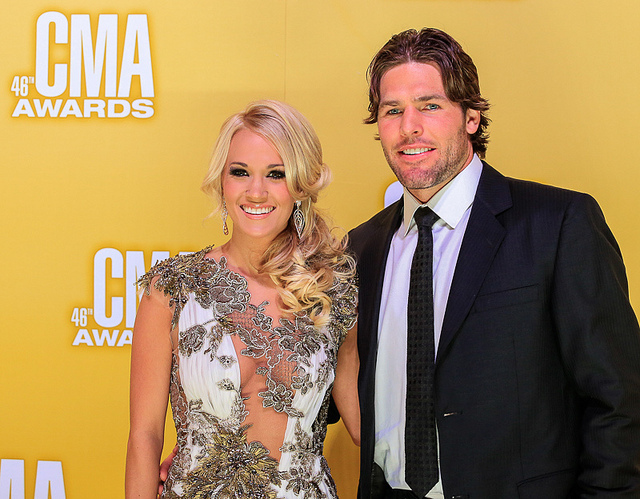 Mike Andrew Fisher a devout Christian was born June 5, 1980 and raised in Peterborough, Ontario by parents Jim and Karen Fisher. Fisher has a brother Gregory “Bud” Fisher is a goaltender who played for Quinnipiac University in the ECAC.
Fisher’s current romantic interest is 2005 American Idol and four-time Grammy recipient Carrie Underwood. They have been dating since 2008. 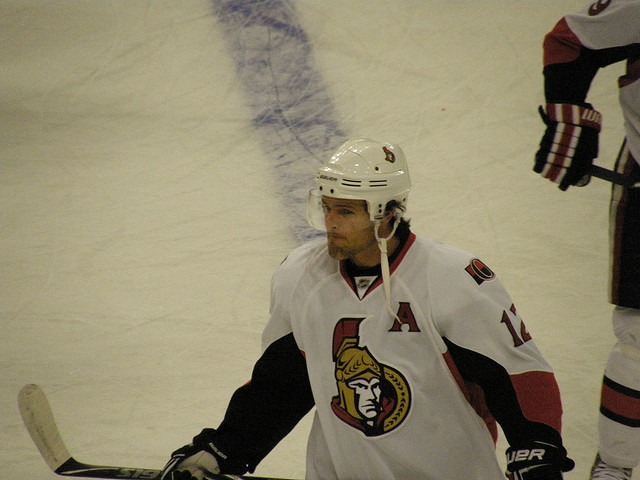 Fisher grew up playing hockey in the Peterborough Minor Hockey Association (OMHA) with the Minor Petes. He was drafted from the Peterborough (OHA) as a second round selection of the Sudbury Wolves (OHL) in the 1997 OHL Priority Draft.
After putting up 49 points in 66 games in his first year with the Wolves, Fisher was drafted in the second round by the Ottawa Senators in the 1998 NHL Entry Draft where he placed at 44th overall. Returning to the OHL for one more season, Fisher recorded 106 points, fifth overall in league scoring. 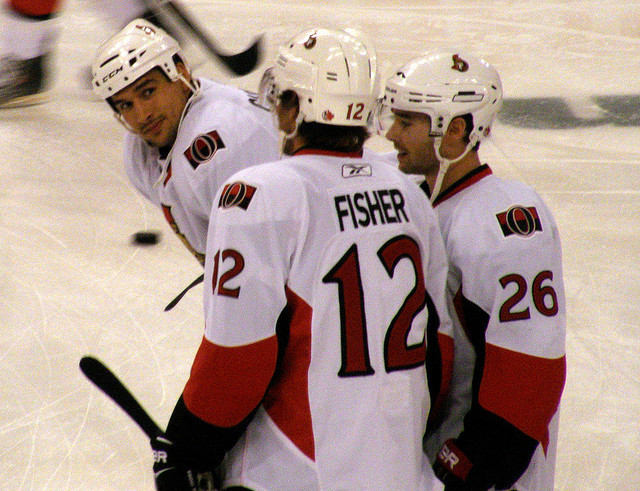 Fisher debuted with the Senators in 1999–2000 and became known for his aggressive game style and offensive production as he entered his fourth season with 18 goals and 38 points 2002–03.
For the season of 2004–05, Fisher played overseas for EV Zug in the Swiss Nationalliga NHL’s 2005–06 season saw the Senators as first seed in the Eastern Conference going into the playoffs, but lost to rivals Buffalo Sabres in the second round. With a career-high plus-minus (+/-) rating of +23 in the regular season, Fisher was nominated for the Frank J. Selke Trophy as the best defensive forward.
The following season, Fisher’s goals totaled 22 and with a personal best 26 assists and 48 points. He season ended abruptly due to a knee injury, sustained in December 2006 during his Islanders match. In the playoffs, Fisher helped the Senators to the 2007 Stanley Cup Finals, but they were defeated by the Anaheim Ducks in five games. Fisher posted career playoff highs with 5 goals, 5 assists and 10 points in 20 games.
For the 2007–08 seasons, Fisher re-signed with the Senators to a five-year contract extension ending with a career-high 23 goals that season. He sat out the playoffs as a result of re-injuring his knee in; another re-injury followed in the beginning of the 2008–09 seasons, this time resulting from a strained ligament.
Fisher’s 2009-10 season statistics are currently at 15 games, 6 goals, 7 assists and 13 points.