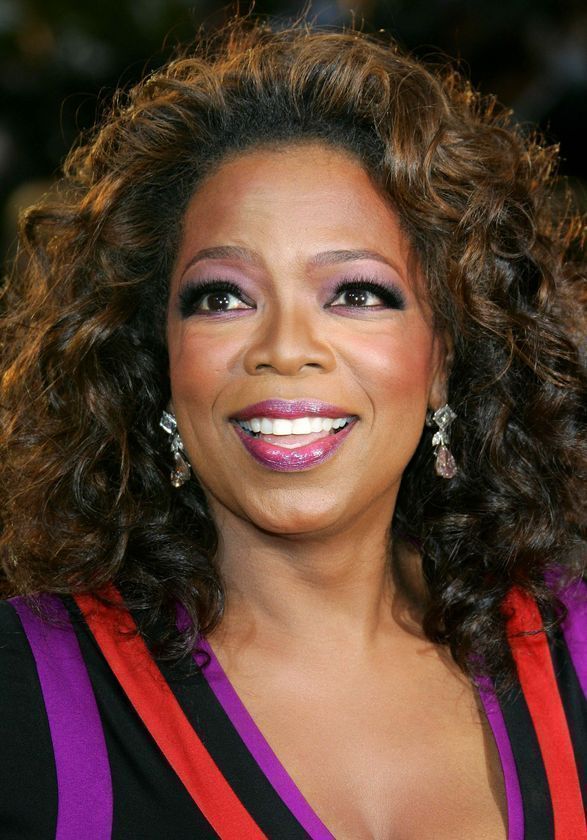 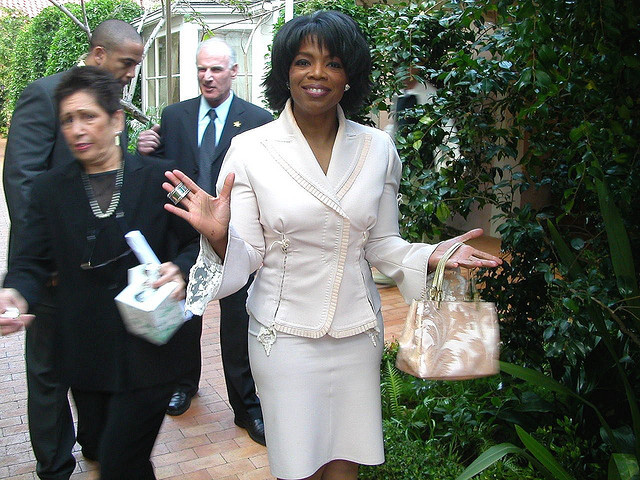 Media extraordinaire and philanthropist Oprah Winfrey is one of the most influential people in the world. Talk show host, pioneer, author, entrepreneur and actress, Oprah was noted by Forbes magazine as the first African-American woman to become a billionaire.

In addition to her Emmy award winning show The Oprah Winfrey Show, Oprah is co-founder of the women’s cable television network Oxygen and president of her own production company Harpo Productions.

Oprah Winfrey was named one of the 100 Most Influential People of the 20th Century by Time magazine, and in 1998 received a Lifetime Achievement Award from the National Academy of Television Arts and Sciences.

Oprah Winfrey was born January 29, 1954 in Kosciusko, Mississippi to parents Vernita Lee and Vernon Winfrey. She was however raised by her grandmother on a farm until age six when she went to live in Milwaukee with her mother. At thirteen years of age Oprah ran away from her mother’s home due to accounts of abuse and molestation. She was sent to Nashville to live with her father who instilled strict disciplines in her life.

Oprah attended the East Nashville High School where she joined the speech team, became an honors student, and was voted Most Popular Girl. She won an oratory contest and was awarded a full scholarship to Tennessee State University, where she majored in Speech Communications and Performing Arts.

Oprah made her broadcasting debut at age 17, when she was hired by local black radio station WVOL in Nashville. Two years later she joined WTVF-TV in Nashville becoming the first black female new anchor at the station. She moved to Baltimore’s WJZ-TV in 1976 as a co-anchor and was then recruited in 1978 as co-host of WJZ’s local talk show People Are Talking while she continued in her job as anchor and news reporter.

In 1984 Oprah became host of AM Chicago, a low-rated talk show on WLS-TV. In less than a year the show moved from the bottom to the top ratings of talk shows in Chicago. AM Chicago was renamed The Oprah Winfrey Show in 1985. After The Oprah Winfrey Show’s national broadcast in 1986 it became the number one talk show in national syndication, outdoing then competitor Donahue. One year later the show received three Daytime Emmy Awards as well as a second consecutive Emmy in the following year. Oprah was also recognized by the award of “Broadcaster of the Year” from the International Radio and Television Society.

The Oprah Winfrey Show’s most prominent moments include the 1995 primetime interview with Michael Jackson and the 2004 Pontiac giveaway special.

Oprah on Television and Film

Oprah’s first appearance in film occurred in 1985 when she starred in the Steven Spielberg movie The Color Purple for which she received Oscar and Golden Globe nominations. In October 1998, Winfrey produced and starred in the film Beloved, based upon Toni Morrison’s Pulitzer Prize winning novel of the same name.

In 1989 HARPO produced the television miniseries The Women of Brewster Place in which Oprah starred. This was followed by television movies including There are No Children Here produced in 1993.