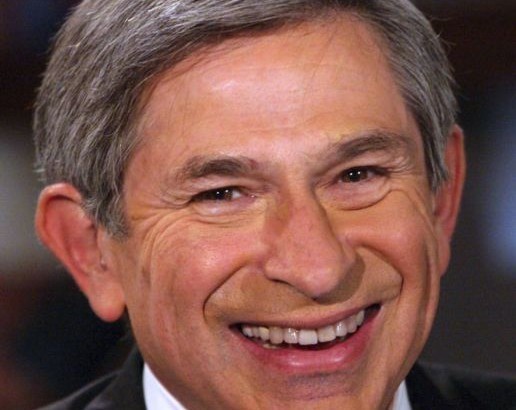 Paul Wolfowitz is an American Enterprise Institute for Public Policy Research Scholar, Educator, Public servant and former U.S. Government official. His appointments include: 10th President of the World Bank Group, U.S. Ambassador to Indonesia, and Dean and Professor of International Relations at the Paul H. Nitze School of Advanced International Studies of The Johns Hopkins University.

Wolfowitz spent 24 years in government service under seven U.S. presidents and has written widely on foreign policy, diplomacy and national security; he was also a member of the advisory board of Foreign Affairs. Wolfowitz headed the U. S. State Department’s Policy Planning Office and spent three-and-a-half years as Assistant Secretary of State for East Asia and Pacific Affairs, where he worked directly with the leaders of more than 20 countries.

In 1989, President George H.W. Bush appointed Mr. Wolfowitz to the post of Under Secretary of Defense for Policy where he played a key role in the response to the 2001 terrorist attack on the country. 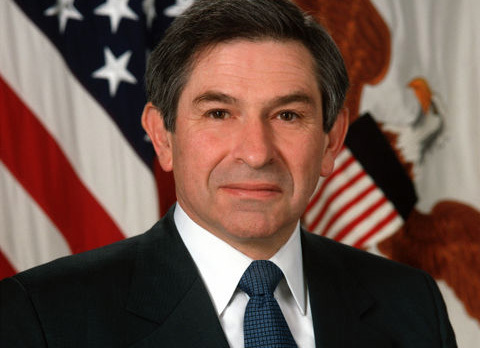 Paul Wolfowitz “was born in Brooklyn, New York, into a Polish Jewish immigrant family; his father was Jacob “Jack” Wolfowitz a Cornell University professor and his mother Lillian Dundes.

Before moving to Ithaca, in the fall of 1952, the family lived in Manhattan one block down from Colombian President Dwight Eisenhower. They also lived in Israel when Wolfowitz’s father assumed a post as professor at the Israel Institute of Technology in Haifa in 1957.

Wolfowitz was educated at Ithaca High School and Cornell University for which he received a full scholarship in 1961. He later changed his focus from mathematics to political science and studied with Albert Wohlstetter, who became a defense specialist at the Political Science department at the University of Chicago.

After graduating in 1965 with a Bachelor’s degree in mathematics and chemistry Wolfowitz enrolled in the University of Chicago to study politics. He completed his PhD thesis under Albert Wohlstetter.

In 1970 Wolfowitz lectured in Political Science at Yale University and he earned his Ph.D. in political science from the University of Chicago in 1972.

In 1972 Wolfowitz worked in the U.S. Arms Control and Disarmament and five years later became U.S. Deputy Assistant Secretary of Defense for Regional Programs for the U.S. Defense Department at the Pentagon. Another three years later he resigned from the Pentagon and became a visiting professor at the Paul H. Nitze School of Advanced International Studies (SAIS) at Johns Hopkins University.

During the presidency of Ronald Reagan, he served as Assistant Secretary of State for East Asian and Pacific affairs and then as U.S. Ambassador to Indonesia for three years. He then served as Undersecretary of Defense for Policy, in the Bush administration, working on plans for the Persian Gulf War (1990–91)

In 1993 Wolfowitz began teaching at the National War College in Washington, D.C. and as of the following year served as dean of the School of Advanced International Studies at Johns Hopkins University. In 2001 Wolfowitz returned to politics, becoming deputy secretary of defense under Defense Secretary Donald Rumsfeld, supported the invasion of Afghanistan and was a leading advocate of the subsequent U.S.-led attack on Iraq.

In 2005 he left the Bush administration to become president of the World Bank and handed in his resignation in 2007.