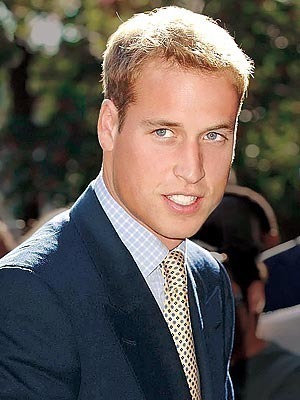 Prince William Arthur Philip Louis was born on June 21, 1982, at St. Mary’s Hospital, Paddington, London. He is the elder of two sons born to The Prince of Wales and Diana, The Princess of Wales, and is second in line for the Throne after his father, Prince Charles. On August 4, 1982, Prince William was christened by the Archbishop of Canterbury, Dr. Robert Runcie, in the Music Room at Buckingham Palace.

Prince William attended Mrs. Mynors School, and then went on to attend Wetherby School in London, from January 15, 1987, until July 5, 1990. Following that, The Prince attended Ludgrove School in Berkshire for five years from September 1990, until July 5, 1997. He then enrolled with Eton College from July 1995 and studied Geography, Biology and history of Art at A Level.

Prince William was only 15 years old at the time of his mother’s, Princess Diana’s, death in a car crash in Paris on August 31, 1997. Both he and his brother walked behind their mother’s cortege at her funeral which was held at Westminster Abbey on September 6, 1997.

After completing his secondary education and sitting his A Level examinations, the Prince took a gap year during which he travelled to Chile, Belize and Africa. He also worked on British dairy farms during this time. After his gap year was up, the Prince decided to study Geography at St. Andrews University in Fife, Scotland, and later graduated with a 2:1 in 2005. Subsequently, Prince Harry took on a period of work experience, then joined the Royal Military Academy Sandhurst as an Officer Cadet.

In December 2006, Prince Harry was commissioned as an army officer in front of Her Majesty The Queen at Sandhurst and joined the Household Cavalry (Blues and Royals) as a Second Lieutenant. Two years later, the Prince was appointed to be a Royal Knight Companion of the Most Nobel Order of the Garter, on St. George’s Day, April 23, 2008. He was installed at the Annual Garter ceremony held at Windsor Castle.

Prince William is currently training to be a search and rescue pilot with the Royal Air Force, though still maintaining his position as a Lieutenant in the Household Cavalry. Simultaneously, the Prince is President or Patron to a number of charities and organisations whose work he supports.

During his tertiary education years, the Prince participated in typical college life and during this time, his private life became the subject of tabloid speculation and gossip, especially surrounding his relationship with Kate Middleton, who had been one of William’s university flatmates, and whom William began dating in 2003. Their relationship was so closely followed and media attention became so intense that William made specific requests to the paparazzi to keep their distance from Middleton. Following this, in April 2007, it was reported that they were no longer a couple, however, Middleton continues to attend events with Prince William and the rest of the Royal Family.