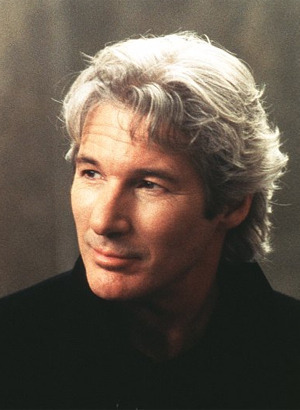 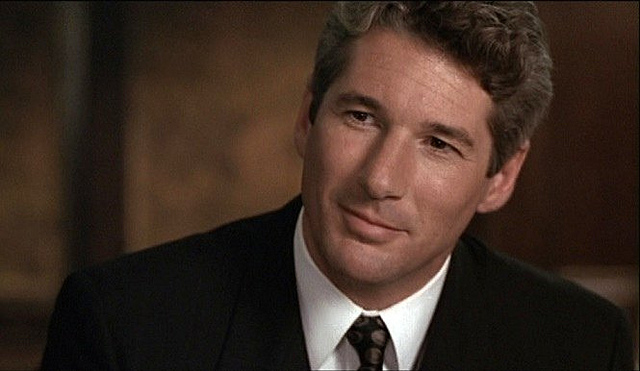 Richard Gere was born on August 31, 1949, in Philadelphia, Pennsylvania to devoutly Methodist parents of Anglo-Irish descent. He is the brother of three sisters, a brother and a half brother. Gere is descended from a historical lineage which includes many Mayflower passengers, many American presidents as well as Princess Diana.

Gere graduated in 1967 from the North Syracuse Central High School, where he had excelled in gymnastics and music. He went on to enrol with the University of Massachusetts Amherst, but left after two years to pursue his acting carer.

Having also pursued a music career playing the trumpet, Gere performed in television, movies and theatre throughout the 1970s. In the year 1973, Gere made his first notable impression in the original London stage version of Grease, and his acting career subsequently took off in 1980 with the film American Gigolo. His career in acting continued on an upward climb in 1982 when he stared in the popular romantic drama, An Officer and a Gentleman.

In 1990, he scored one of his most memorable roles to date, in the hugely successful hit, Pretty Woman, in which he played the leading role next to Julia Roberts. However, he attained parts in films that have been either artistic or commercial failures, and his box office appeal diminished later in the 1990s. In 2002, Gere made a much needed comeback with his role in the acclaimed film, Chicago, and followed that with ballroom dancing in the 004 drama Shall We Dance.

Gere wad formerly married to supermodel Cindy Crawford from 1991 to 1995. He later wed Carey Lowell in 2002 after dating her for several years. Together the couple has a son, Homer James Jigme Gere, who was born in 2000. Gere is a well known celebrity Buddhist, and is an active supporter of the Dalai Lama. He has been a persistent advocate for better human rights in Tibet, and was a cofounder of the Tibet House. He is also consistently involved in carrying out campaigns for ecological causes and AIDS awareness.

Along with being named the Sexiest Man Alive in 1999, Gere was also the first man ever to appear on the cover of prominent female fashion magazine, Vogue. In 2006, Gere was named Harvard’s Hasty Pudding Theatrical’s Man of the Year.