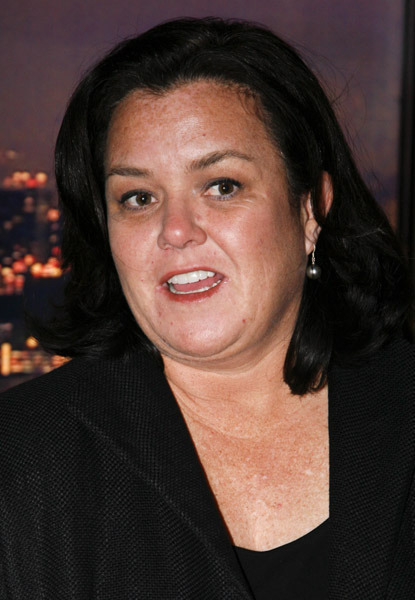 Rosie attended Commack High School, and was voted homecoming queen, prom queen, senior class president and class clown before graduating in 1980. It was during high school that she began exploring her interest in comedy, beginning with a skit performed in front of her school, in which he imitated Gilda Radner’s character Roseanne Rosannadanna. After leaving high school, Rosie attended Dickinson College briefly, before later transferring to Boston University and then ultimately, dropping out of college.

With a budding interest in comedy, Rosie took to the stage as a comedian, attracting fans almost immediately with her quick wit, dry humour and New York accent. Soon after, Rosie found herself jumping between the stage and the small screen as a regular personality on VH1. Her VH1 appearances, along with other successful gigs on every talk show from The Tonight Show to Late Night with David Letterman, led to a number of roles in major motion pictures in the 1990s. Some of these roles were in film including, A League of Their Own; Sleepless in Seattle and The Flintstones. However, with the decades progression, Rosie’s appearances were in less favourably received films, including Car 54, Where Are You? It became increasingly evident that Rosie’s career needed guidance into a new direction.

In 1996, Rosie took the path to that new direction when she debuted on The Rosie O’Donnell Show. The formerly tough New York comedian took on a more relaxed role as a daytime talk show host and it wasn’t long before she was dubbed the “Queen of Nice” and started taking home Emmy after Emmy. Rosie decided in 2002, to give up hosting her talk show to return to her first love: stand up comedy. This decision coincided with rumours of her being homosexual, and her return to stand up comedy was met with success, even though her tough style, which she has cultivated since the beginning of her career, caught the ‘queen of nice’ fans off guard.

On September 5, 2006, Rosie debuted as a cohost of The View which proved to be an incredible success, turning around the show’s ratings and keeping it constantly in the media spotlight. However, he stint was short; by June 2007, Rosie abruptly left the show. Subsequently, she was briefly courted by MSNBC, to host a talk show, and by CBS’ The Price is Right as a possible successor to iconic game show host Bob Barker, but both deals fell apart before fruition.

Rosie is married to Kelli carpenter and together the couple has four children, two boys and two girls, by adoption. Rosie and her wife operates the travel company, R. Family Vacations for gay and lesbian families.