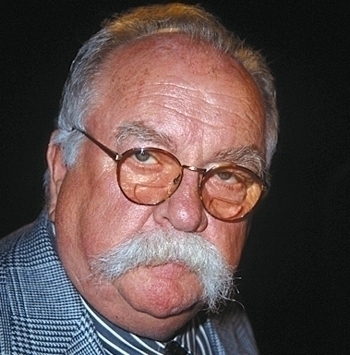 Quaker Oats front-man Wilford Brimley is an American actor whose film credits include Ron Howard’s Cocoon and its sequel Cocoon: The Return, and the 1979 thriller The China Syndrome starring alongside Jane Fonda and Michael Douglas.

Brimley extensive service and contribution to The American Diabetes Association led to him being honored with a lifetime of service award in 2008. He actively visits Veterans Administration hospitals and communities to advise diabetics on how to control their condition.

Brimley was born September 27, 1934 in Salt Lake City, Utah where his father worked as a real estate broker. He moved to California at the age of six and as he grew in adulthood Brimley worked as a ranch hand, wrangler and blacksmith to support his family.

He was first exposed to show business as he worked in a horse stable that provided animals for movies and television westerns. In Los Angeles Brimley began working as a riding extra for Westerns in the 1960s. He was encouraged by another breakthrough actor Robert Duvall to pursue a career in acting.

Brimley’s stunt work earned him his Screen Actors Guild card, and opened up the doors for movies such as “True Grit” (1969) and “Lawman” (1971) and a recurring role on the CBS series “The Walton’s”. He later became a charter member of Ralph Waite’s Los Angeles Actors Theater.

In 1993 played William Devasher in the John Grisham novel adaptation “The Firm” Between the 1980s and 1990s Brimley appeared in a series of Quaker Oats commercials and is also noted for his role on the 1980s drama series “Our House”.

Several parodies were created based on Brimley; these include the 2005 DVD animated film Stewie Griffin: The Untold Story, comedy sketches such as The Ben Stiller Show and the comedy central show The Colbert Report. His Quaker Oats commercial was also parodied on the Canadian sketch show, Royal Canadian Air Farce, in which Brimley (impersonated by Roger Abbott) expresses his opinion on television station and network logos that appear on screen during a show.