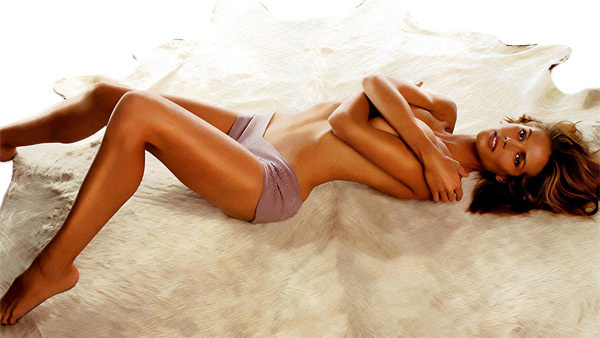 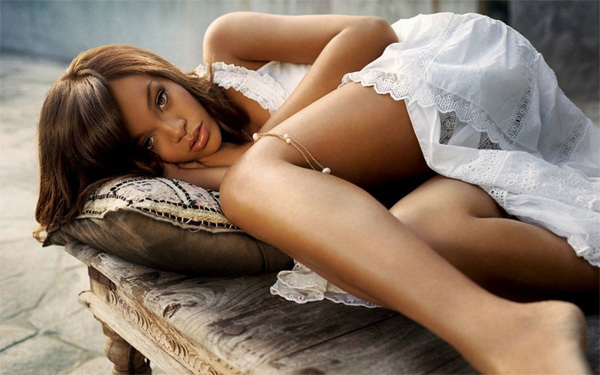 It is quite common to insure our homes, vehicles, life and health, but insurance of body parts is very rare. It is almost exclusively reserved for professionals who make their living thanks to those body parts. However, when it comes to the amounts of money for the insurance, top places are reserved for famous people and sports players – just like we expected.

Scroll down to see how much these famous body parts are worth!

Famous singer insured her legs for $1 million dollars. In an interview for the “People” magazine, she said: “I work out with a personal trainer, we work a lot on my arms. I don’t want manly, muscular arms. We work out my butt because I love my butt. [But] my legs are my main focus. I’m obsessed.” 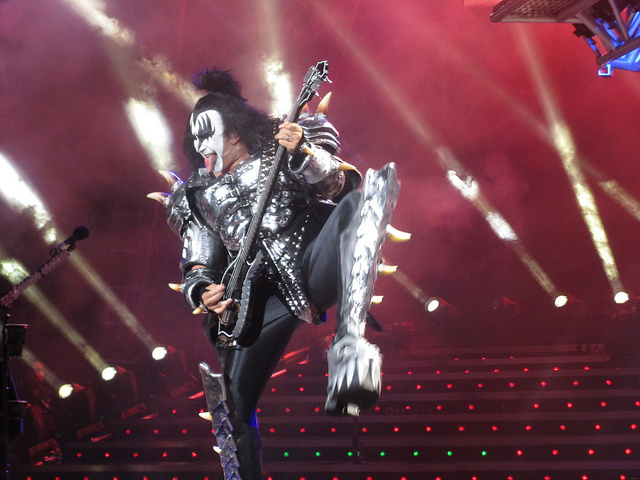 Back in the days of KISS popularity, Gene Simmons had his tongue insured for one million dollars. He did it because his “signature gesture” was to waggle his tongue at the fans. He said that the length of his tongue was crucial; it has become an important part of the performance. If any damage to the tongue occurred, he wouldn’t be able to amuse the fans. 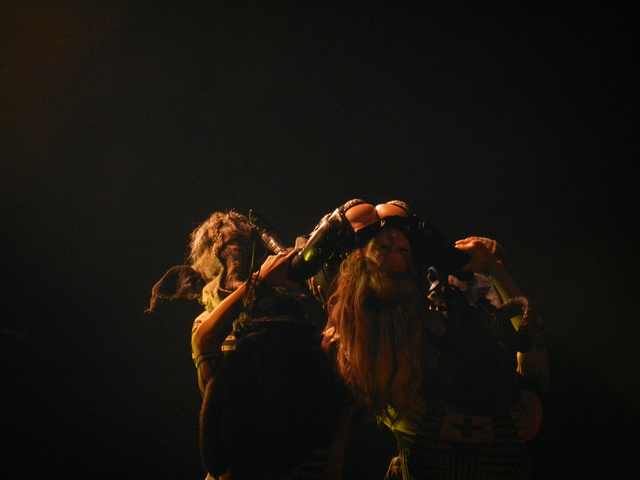 Breast insurance is common in women who have silicon implants. It is very strange that Madonna insured her breasts since those are her natural breasts. Rumors are that she wanted to insure them for $20 million but none of the insurance companies was into it. She had to settle with $2 million.

Famous German super model Heidi Klum insured her legs for $2 million, at the time her modelling career was at its peak. For extratv.com, she told  this story: “I didn’t personally have them insured, but a client of mine did,” explained the “Project Runway” host. “I was in London, and I had to go to this place where they check out your legs.” How does that work, exactly? “They would look at them and I had one scar here, I got it when I fell on a glass, so this one [left leg] isn’t as valuable as this [right] one.” 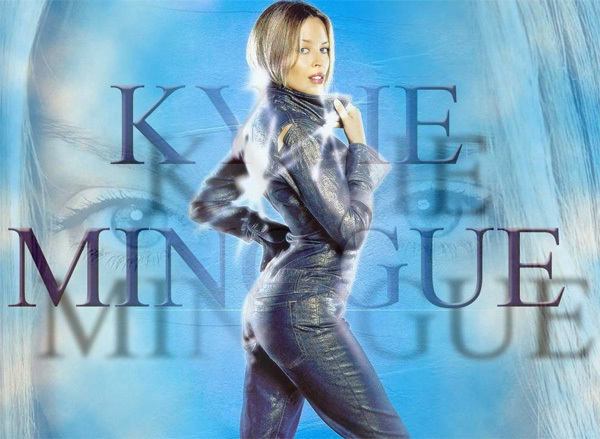 The 45-year-old famous Australian singer has insured her pretty bottom for 5.5 million dollars. She is very proud  of it. She even played a leading role in the spoof video commercial about body insurance. Looking at the photo, we can only conclude that even at 45, Kylie and her bottom look pretty good. 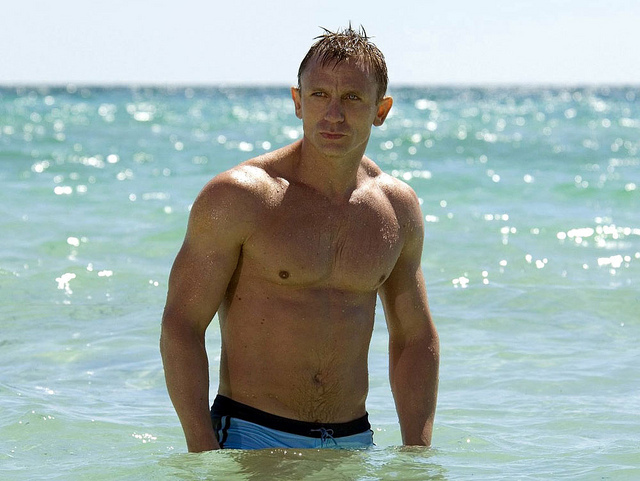 James Bond insured his body for $9.5 million. He did it while filming the “Quantum of Solace”, mostly because he did many of his own stunts. Gary Powel, the chief stunt coordinator for the movie, told the Guardian: “He thinks, ‘You’re paying to see me, so I’m gonna do all of it.’ He wants the audience to know…”. No wonder he wanted to insure himself, since he really was at risk of getting hurt. 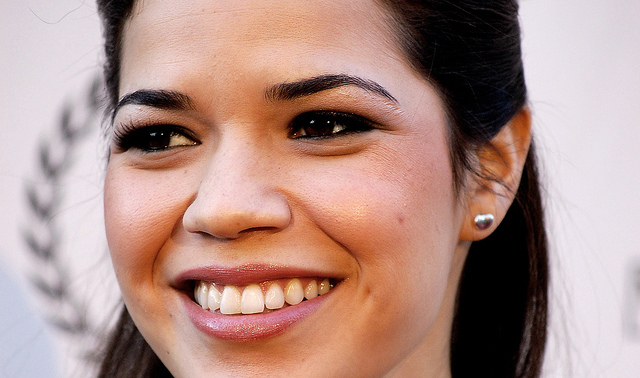 When America Ferrera got the leading role in “Ugly Betty” she did not had a clue that she would become so famous. She won the Golden Globe Award for Best Actress which attracted an incredible number of sponsors who wanted her to promote their products. One of the sponsors, “Aquafresh”, noticed her smile and teeth, and offered her a contract with the smile insurance worth $10 million. 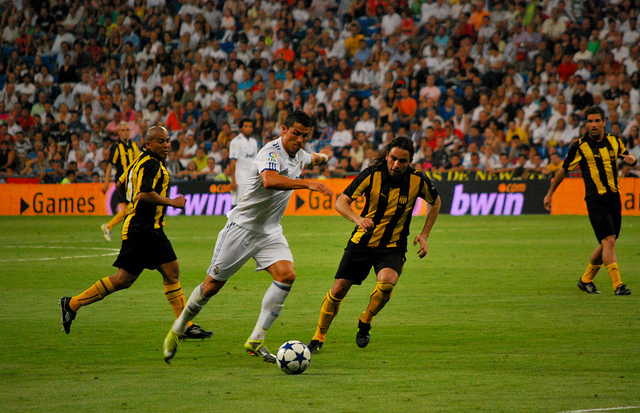 It is common for soccer players to insure their legs and most of the clubs take care about this type if insurance. But, this case is special because Real Madrid insured Cristiano Ronaldo’s legs for mind melting $144 million. Such insurance protects the club against serious injuries which could force players to retire earlier and consequently cause financial losses to the club. One of the pioneers for this kind of insurance was David Beckham who has his legs insured for $70 million. 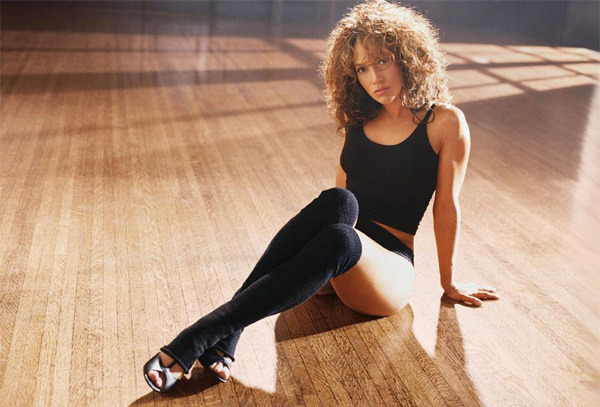 Many portals and newspapers claimed that Jennifer Lopez insured her fanny for a dizzying 300 million dollars. And that’s not all. She allegedly insured her whole body for more then 1 billion dollars. However, Jennifer and her agents are always denying this. In an interview for BeatBoxBetty.com, when asked about the wildest rumor she has ever heard about herself, she said: “The craziest one was the Billion Dollar Butt rumor. It was on the front page of the newspaper, here in New York. I happened to be in New York that week. It was funny.” “So you haven’t insured your body?” the interviewer asked. “I think that’s what I’m trying to say here,” Lopez replied.
A couple of years after that, when they asked her agent about the insurance, she did not want to neither confirm nor deny anything. 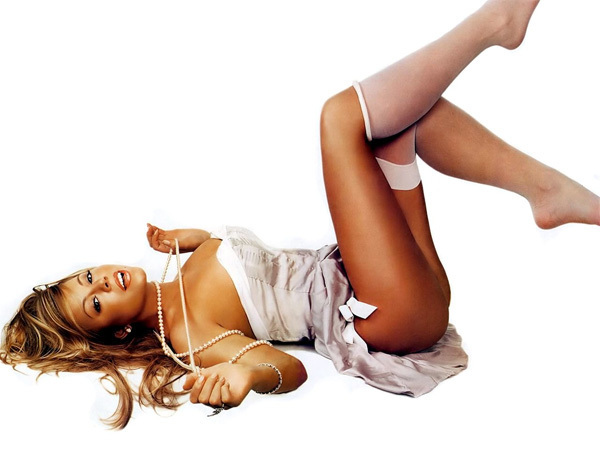 Yes, you read well, that’s billion with a “b”. Back in 2006, at the peak of her popularity, Mariah Carey won Gillette’s “Legs of a Goddess Award”. After that, it is not clear whether it was Gillete or Mariah herself who insured her legs for $1 billion. Her PR confirmed this by saying that “the sum reflects her popularity”.