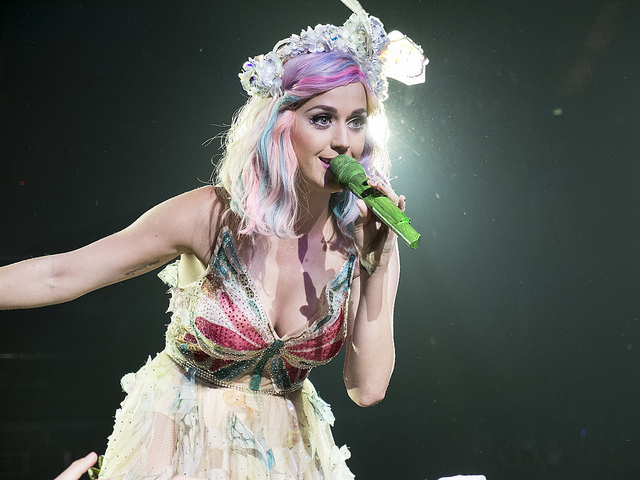 While they may be A-list celebrities, style is definitely something missing from their resumes. Ms. Britney Spears, Helena Bonham Carter and even Brad Pitt have demonstrated their less-than-appealing sense of fashion over the years. These celebrity fashion disasters are not isolated instances. These celebs seem to acknowledge and embrace poor style. They consistently take a bad look and make it worse somehow. Chic or not, these examples clearly show who has the worst style ever. 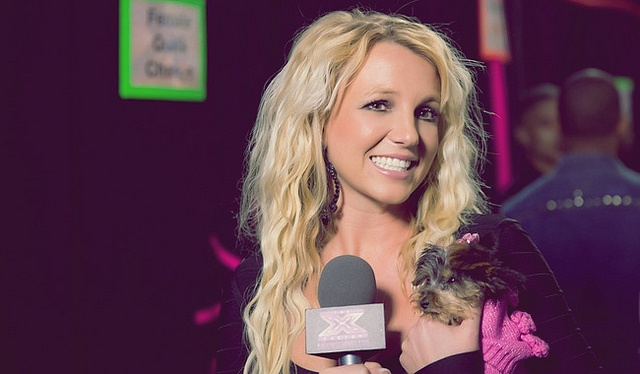 From bad hair extensions to visibly awful hygiene, Britney continues to shock the public with her proud-to-be trailer-trash image. One of the most unattractive additions to Brit’s wardrobe are her hats. Ridiculous fedoras and even party-wigs are a staple we wish she would forego. Britney has rocked heavy boots with tube-tops and tattered pants with personalized muscle tank-tops. She has dressed in head-to-toe denim and worn daisy-duke shorts with men’s tube socks. While on occasion she can dazzle, the majority of the time we witness these style mishaps that leave us scratching our heads and begging for it to stop. 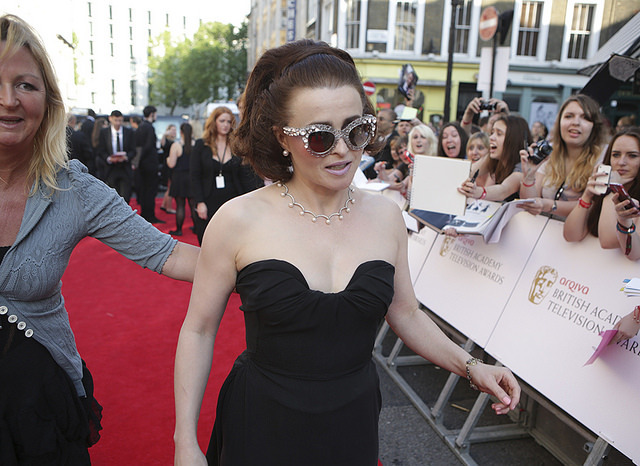 A marvelous actress, Ms. Bonham Carter is as intriguing as her style is, well, questionable. This gorgeous woman is full of personality but her style communicates a less-than-serious approach to fashion. It is a wonder why she elects a tattered, messy appearance over a more polished image that would emphasize her beauty. Helena’s wild hairstyles usually add to her style failures as well. From hideous plaids to swans on her head, ludicrous, balloon-style dresses and cone-shaped corsets to rival Madonna, we have visually endured a wardrobe to shock our eyes for over a lifetime. 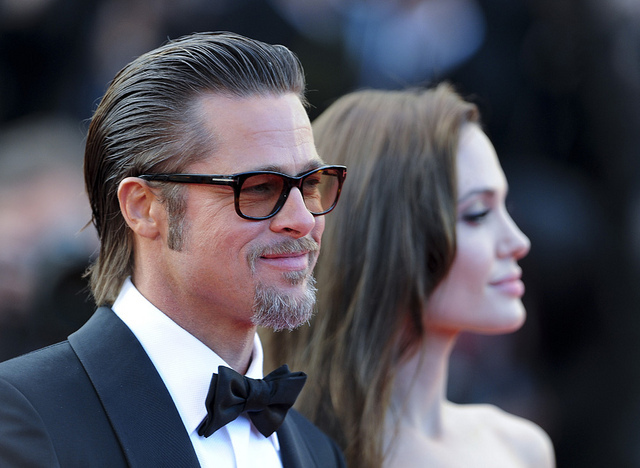 Brad Pitt has worn scraggly beards, faux glasses and even berets over the past decade. This handsome actor may be genetically blessed, but his sense of style just isn’t up to par on most occasions. This otherwise handsome celebrity often appears disheveled and dressed in fashion from the 1980’s. His frequently dated sense of style comes across in many of his daily ensembles. To elevate his style, Brad should skip the layers and go with what works. Sticking to simple suits or jeans and tee shirts would help remedy this fashion disaster and keep our hunk looking Hollywood, picture-perfect all the way. 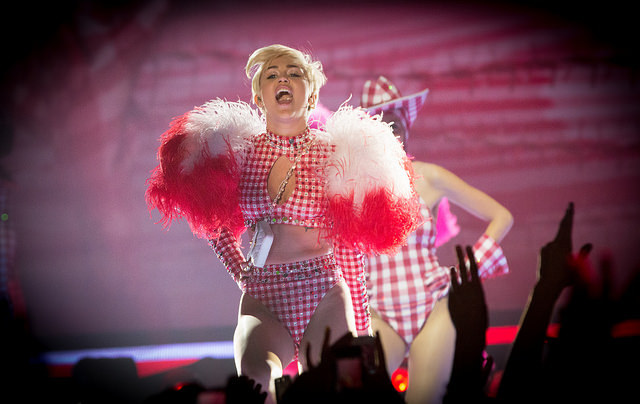 Photo by goossens.freya
In addition to our gold, silver and bronze medalists listed previously who lack the notion of style altogether, there are seven more celebs who trail not far behind in this category:

Miley has been notorious for her blatantly absent sense of style. In the past year alone, we have seen Miley Cyrus deteriorate from a buxom, young, bombshell into a addict-fashion example of how not to dress, ever. With her nude bra and boy-shorts and, wait that’s it. Miley has showed us how to get our tongues wagging, and not in a good way. From obnoxious pinstripes to pasties and mesh, we disapprove, immensely. Cyrus has one-upped Britney, and in the most impossible way pertaining to style. 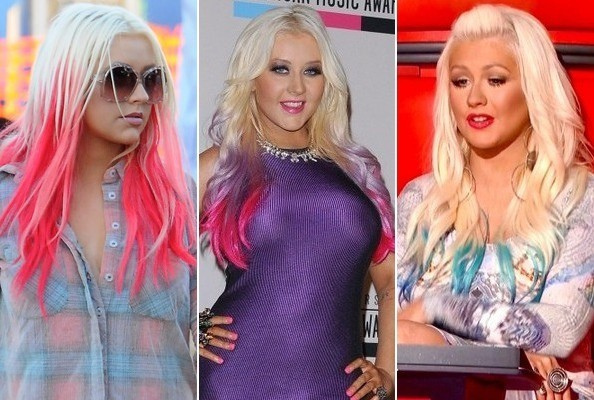 Christina is one diva who needs a style intervention. While she may be richer than rich, her sense of style is nonetheless, pop-tart and tacky. Aguilera’s raunchy sense of style has followed her equally dirty career. Fortunately, the older she becomes there are less instances of bad attire. Christina has always looked best in top-glamour and decked-out-diva style rather than cut-to-there denim skirts and skanky sparkles. 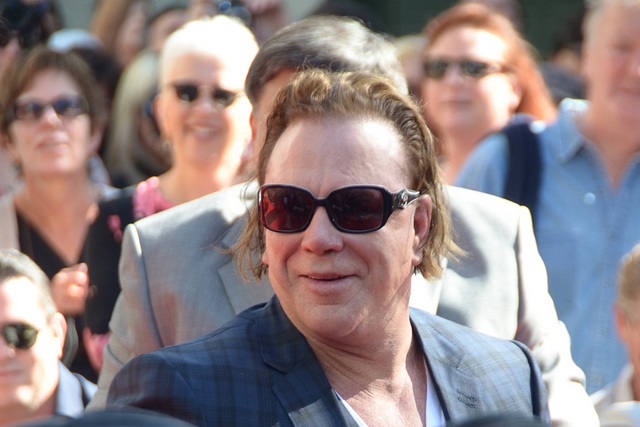 What can we say about this fellow? His sense of style went to pot along with his appearance and choices in cosmetic surgery. Mr. Rourke’s good looks and previously sexy, acceptable, sense of style is gone, forever. Pink silk, sumo-hairstyles and over-sized cowboy hats are commonly how we see this actor. Furthermore, thin white tank tops, hoodies and unflattering sunglasses are other items we would like to see less of, pronto. 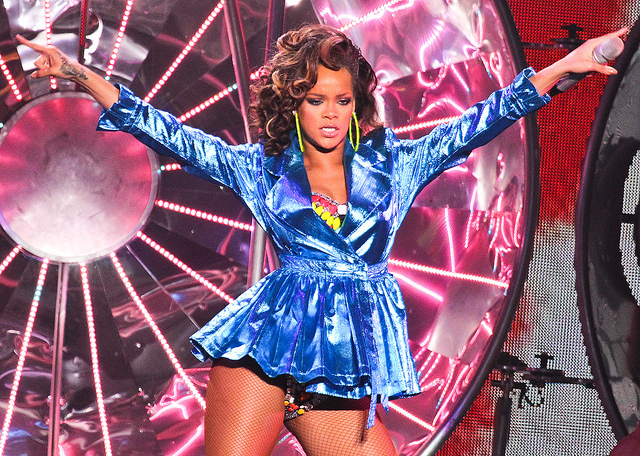 Rihanna recently made headlines for being condescending to a fan who tried to pay homage to the star by emulating her style. Unfortunately for the fan, Rihanna selfishly wanted to keep her bad sense of style to herself. Rihanna has been photographed in the strangest outfits. Some of them even rival Lady Gaga. Brilliantly pattered pants suits, short jackets with nothing worn underneath and distasteful mom-style denim have been some of the culprits. To say that less is more is an understatement when it comes to Rihanna and her lack of style. 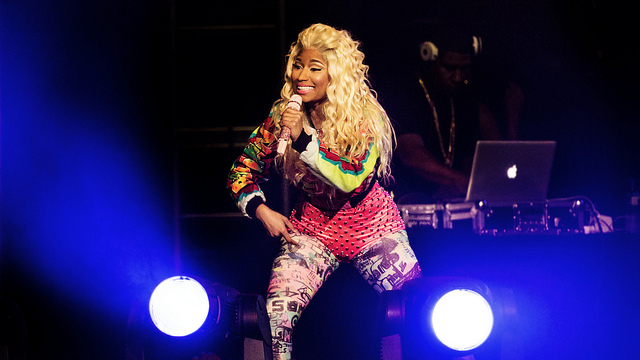 Nicki Minaj should put her money where her mouth is and spend her dough a little more wisely on better clothes. Minaj is known for her booty and her rapping career. Moreover, she constantly updates her image with crazy wigs, topless-styled dresses and blouses and even wild body paint. Nicki is cosmetically flashy but over does it on every occasion. Gaudy jewelry, and a larger-than-life personality puts Minaj in a style all her own, unfortunately it leaves little to be desired.

Photo by Something For Kate

Katy Perry is sweet, yet lacks a good sense of style, too. She often wears bizarre attire that looks like nothing more than a costume. We have seen her in everything from Asian-inspired getup’s to elaborate, candy-colored ballgowns. One of Perry’s signature style flaws is matching her hair to her ensembles. Blue, green and everything in between, Katy’s hairstyles are a pinnacle failure to her sense of style more so than her ridiculous choice in clothing. 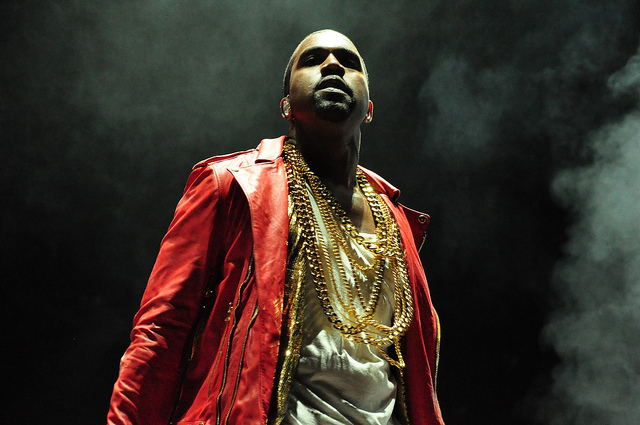 No one deserves last place in the world of fashion more than Kanye West. This arrogant rapper knows little and demonstrates less skill when it comes to style. From dressing to appear more intelligent or in his boring black attire, Mr. West’s sense of style has gone south. Gangsta style caps, hoodies and bulky chains are some examples of his poor taste. His mono-color wardrobe, ugly boots and dress-length tee shirts come together to create a wardrobe that is not only unflattering, but simply tasteless.